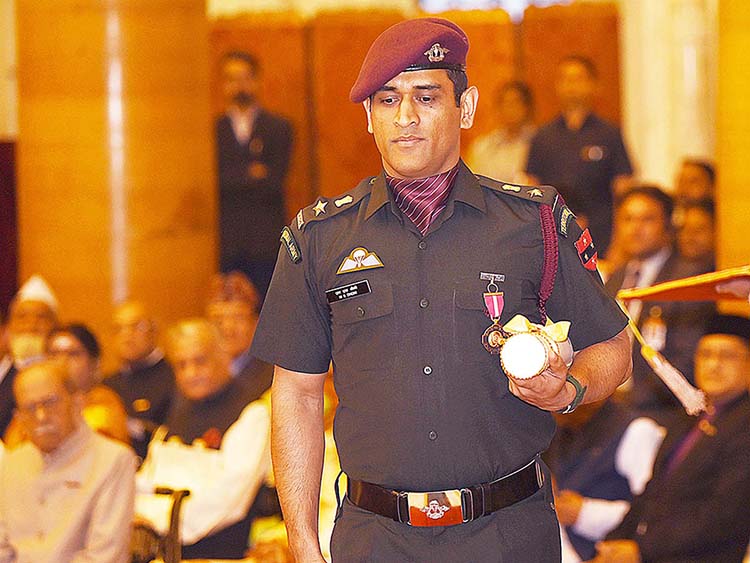 In this article, we are going to talk about 7 Indian Cricketers who have government jobs along with their Cricket Jobs.

India is a cricket-loving nation. Anything coupled with cricket becomes a hot topic. People hold an inquisitive nature towards the players. Any news related to the personal or professional life of cricketers pricks up people’s ears. Fans never get enough of the stories from the life of the players.

An average cricketer’s career is of 15 years. This is not on par with any other profession. They put a great amount of hard work to ripe the fruit. Whereas, they could only cherish it for a very small time. This is a drawback that hides under the limelight. Convincingly, they hunt for other options to pursue for the rest of their life.

The government has taken good initiatives to keep up the prestige. The Indian government offers prestigious positions to great cricketers in various departments.

On the top of the list is our former caption and wicketkeeper MS Dhoni. A lot of pictures of captain cool in army uniform surfaced on the internet. You might have also seen one or the other. The most successful captain of the Indian cricket team has been awarded a respectable position in the Indian army. Under MS Dhoni captaincy, India won the 2007 and 2011 world cup. Along with this, captain cool led the team to the victory of the champions league in 2013.

A lesser-known fact is that MS Dhoni has held two government jobs. Before his cricketing inning, he worked as a Ticket examiner at Kharagpur Railway station. He was never convinced by the job he was doing. Thus, he decided to exercise his skills in the field of cricket. The rest needs not to be explained.

After the heroic triumph of the 2011 World Cup, MS Dhoni was commenced and honored with Lieutenant Colonel’s position by the Indian government. Dhoni pulls it off with enough confidence and pride.

Next up in the list is another World Cup-winning captain. Kapil Dev, the hero of the 1983 cricket World Cup, has also been awarded an honorary position by the Indian Army.

Legends of Kapil Dev are quite popular. He became the first Indian captain to bring home the World Cup. He was also one of the best all-rounders India has ever seen. His test cricket statistics show the immense potential he carries with the bat and the ball. In a total of 131 test matches, he cracked 434 wickets and also scored 5248 runs for the team India. His ODI career was also no less miraculous. In 225 ODI’s that he played, he sent 253 batsmen to pavilion and stole 3783 runs with his bat. Kapil Dev has inspired millions of souls to play the game of cricket. The great Sachin Tendulkar is also one of those.

With the extraordinary success in 1983, he became the first cricketer to be honored with the position of Lieutenant Colonel in the Indian Territorial Army. He received the post in the year 2008.

Though his career span didn’t last long in the Indian Cricket team, he was offered a position in the Haryana Police department. His exploits in the 2007 World Cup earned him the post of Deputy Superintendent of Police in Haryana.

Next up in the list is great slow-paced bowler Harbhajan Singh. Bhajji, with his off-spin, dared to dismiss any great batsmen. His “dusra” bowl has surely got good attention from cricket experts. He took 417 wickets in 103 test matches whereas he got 269 wickets in 236 white ball matches. The man of great marvel served India on-field till 2015 when he played his last match against South Africa.

The great bowler now serves the country as a DSP in Punjab. With this, he is spending the second inning of his life in serving the nation again.

A decade ago, Umesh dreamt of being a constable in Maharastra Police. He put a lot of hard work into the preparation but couldn’t get through the selections. He missed the chance by a very low margin. Though, he encashed the opportunity of playing cricket for the Indian cricket team.

The fast pace bowler is also one of the fittest players in the team. The magic he showed with the bowl in the 2019 World Cup brought India to a very strong position. Though India could not win the World Cup, Umesh Yadav surely won Indian fans’ hearts. Two years before the World Cup he was charged as an assistant manager in the RBI.

The most talented batsman on team India has been appointed as an assistant manager by RBI. He and Umesh Yadav recently in an RBI advertisement promoted financial literacy among people.

The young Indian bowler started with his international cricket experience in 2016. After 3 successful IPL, Yuzvendra Chahal was commenced to represent the nation. In the past few years, he has emerged as a great resource to team India. He has cracked some difficult wickets and led the team to victory.

For his contribution to Indian Cricket, the Income-tax department offered him an Inspector position. Now his raids are not just limited to the cricket stadiums.