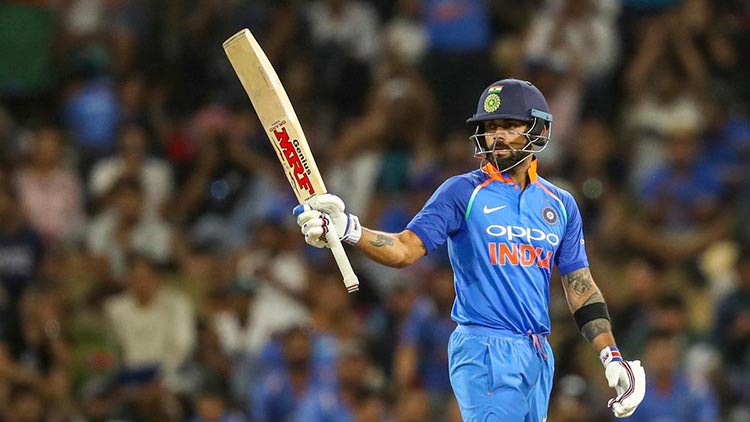 In this article, we are going to talk about 3 Indian Cricketers with the maximum number of Man of the Series awards in ODI Cricket History!

Cricket, as we all know, holds a very special place in the hearts of all Indians. Millions of hearts beat with the strike of a ball. The excitement is such that every cricket enthusiast turns into a critic who can precisely judge the pitch, weather conditions and can also comment on the shot chosen by the player.

A similar place is beheld by a player who gives it all for the victory of the tournament. After giving his best performance throughout the series a player gets the “Man of the Series” award. The award along with the series trophy is what every team dream of from the outset. In case the team doesn’t triumph, the award seems to be compensation for the loss.

In a country like India, millions of people run the marathon of selection. Only the talented few get to make it to the ODI team. Certainly, those talented few are the best players that we have. Indian cricket players need no introduction. Their name and fame travel with the speed of light. Since time immemorial, India has produced marvellous cricketers who have set new benchmarks for the coming generation.

From those top cricketers, here is a list of top 3 players who bagged maximum “Man of the Series” awards.

Top 3 players with Maximum “Man of the Series” awards

With hundreds of world-class batting performances, Yuvraj Singh managed to receive 7 “Man of the Series” awards. He holds the ability to turn the tables in a 50 over format. The same has been proved in multiple matches where he single-handedly led the team to victory. The white ball when hit by Yuvraj Singh’s bat has maximum chances to land behind the boundary.

Yuvraj Singh, over the time, has proved to be one of the best finishers in a limited over match. The left-handed cricketer has been considered the top batsman for ODI matches. Along with the beauty that pours down from his bat, he has done wonders with the ball as well. His magnificent bowling can show the way to the pavilion to any batsman. Multiple times, he has proved to be the best all-rounder throughout the globe.

The “Sixer king” also holds the record of the fastest fifty in a limited over format. With all this, he always stays alert on the field. For a long time, he was the best fielder that the Indian cricket team had. Yuvraj Singh received his first “Man of the Series” award in 2005 when India demolished South Africa in a 5 match series on home ground. His outstanding performance with the bat and ball led India to a historic victory of the series.

The year 2005 was just the beginning. He then set off on a track that led him to bag many more awards. His glorious performance against England and Srilanka in the bilateral ODI series also fetched him the “Man of the Series” trophy. He also has a history of demolishing arch-rival Pakistan which added 2 more feathers to his cap. The last title he managed to bag was the most crucial and the most glorious one. With the help of his performance in the 2011 World Cup, India won the ODI World Cup almost after 28 years. His contribution to Indian cricket is appreciated and adored by one and all.

The top-ranked batsman and the Indian Captain Virat Kolhi is one of those few who brought this honour to himself. This player has overwhelmed every cricket fan with his consistent performance. Once being criticized for his bad behaviour on the field, he has turned his haters into his lovers with his batting. The aura of his batting remains unmatched by any of the batsmen.

It was saddening for all to see master blaster retiring from world cricket in 2013. The rise of Virat Kohli brought back the lost hopes of cricket lovers into the game. It seemed to be compensating for the loss of Sachin Tendulkar from the team. He set the bar so high that people started comparing Virat with Sachin. People started realising that the Indian cricket team has got another master blaster in the form of Virat Kohli.

So far, he has bagged 9 “man of the Series” awards but it is not the end. Virat Kolhi is still at the peak of his career and we can expect many more such awards from him. His recent performance against West Indies also fetched him the title. All in all, he is a tireless soul who holds the ability to smash 100’s and 50’s back to back for infinite matches. History has not witnessed a player like him.

With no surprises, on the top of the list is Sachin Tendulkar with 15 titles. Anything we say is too little to what he has done in the cricket world. Sachin is the only person to make a century of centuries. Starting with his cricket career at a very early age, Sachin has always set the bars so high that no other player could ever reach there.

Rightly known as the God of Cricket, Sachin Tendulkar holds the record of maximum runs scored, maximum hundreds, maximum fifties, the maximum man of the match awards, and maximum man of the series awards in ODI matches. He holds 15 Man of the Series titles in ODI matches. No one could have ever imagined that such a short heightened man could leave all 11 players clueless on the field.

There was a time when Sachin alone was enough to bring down the confidence of the entire opponent team. He received his last Man of the Series title in 2010 against South Africa. The series became more special because for the first in the history of cricket people witnessed 200 runs coming out a single player’s bat in an ODI match.