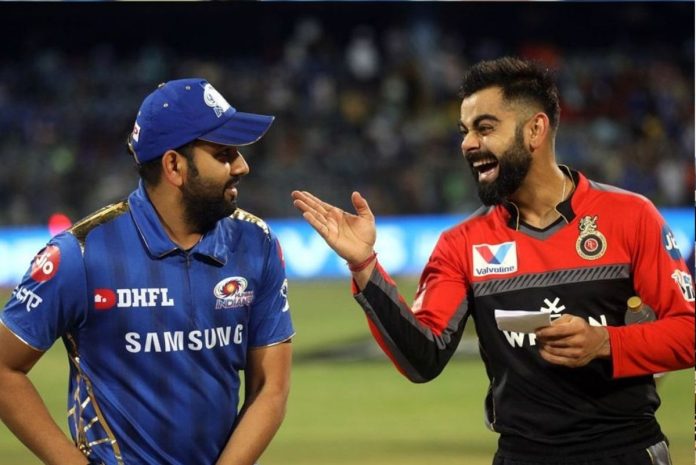 Royal Challengers Bangalore will lock horns with Mumbai Indians in the 18th match of TATA IPL 2022. MCA Stadium in Pune will host this fixture on April 9 at 7:30 PM.

In their last encounter in Dubai, Batting first, Bangalore scored 165 with the help of the fifties from Virat Kohli and Glen Maxwell. Jasprit Bumrah bagged three scalps for Mumbai. While chasing Mumbai were knocked over at a total of 111. Rohit Sharma remained their top scorer with 43 runs while nine of the batters were dismissed at single digits. Harshal Patel bagged a four-for while Yuzi Chahal took three scalps.

This year RCB started off their campaign with a 5 wickets loss in a high-run-scoring affair against Punjab Kings. But bounced back strong defeating KKR and RR in their next two games. They faced Rajasthan Royals in their recent outing and defeated them by 4 wickets.

Batting first Royals scored 169 with the loss of three wickets. David Willey, Hasaranga, and Harshal Patel bagged a wicket apiece. In the chase, Anuj Rawat and Du Plessis gave RCB a fine start. Meanwhile, Virat Kohli was run out at 5 on the back of some sharp work by Sanju Samson and Chahal.

It was Dinesh Karthik who played a game-changing hand of 44 off 23. Shahbaz Ahmed also composed a vital knock of 45. RCB won the match with five balls to spare.

On the other hand, Mumbai Indians seemed the toothless tiger this year as the 5-time title winners are yet to see a win in the tournament. They played three games so far and lost all of them. They lost their season opener to Delhi Capitals by 4 wickets and lost the second match to Rajasthan Royals by 23 runs. And again in their last outing against Kolkata Knight Riders, they faced a loss by 5 wickets.

In their recent outing against KKR, Batting first MI scored 161 with the loss of four wickets. After some early dismissals, they were 55 for 3. Suryakumar played a vital hand of 52 off 36 to anchor the inning. Later Pollard’s blitz of 22 off 5 balls took MI to a score of some respectability. But in the chase, as things were going in their way Pat, Cummins cracked an unbelievable 15-ball 56 to steer KKR to a five-wicket win.

The former skipper of RCB, Virat Kohli is ruling the chart for the most runs in RCB vs MIR Head to Head at 779 Runs. He is followed by Mr. 360, AB de Villiers who will definitely be missed by RCB fans. Kieron Pollard holds the third spot with 553 Runs followed by the Mumbai skipper, Rohit Sharma at 540 Runs.

Leg spinner, Yuzvendra Chahal alongside speedster Jasprit Bumrah shares the spot for the most number of wickets in RCB vs MI clashes at 24. The only RCB bowler to feature in this list is the last edition’s Purple cap holder, Harshal Patel with 15 Wickets.

CSK vs SRH Head to Head Record in IPL