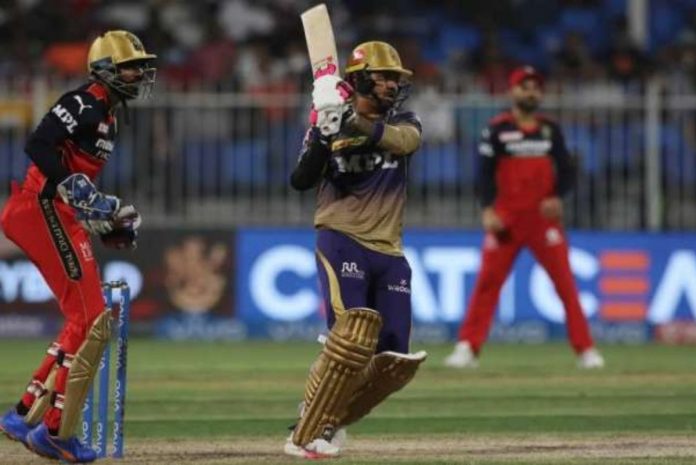 Royal Challengers Bangalore will lock horns with Kolkata Knight Riders in the 6th match of IPL 2022. Dr. DY Patil Sports Academy in Mumbai will host this fixture on March 30 at 07:30 pm.

In IPL history, both teams have clashed in a total of 30 games of which 17 have been won by the Kolkata Knight Riders and 13 by Royal Challengers Bangalore. Last year in 2021, a total of three games were played between the two sides. Out of which Kolkata emerged on top by 9 and 4 Wickets respectively while Bangalore won one match by 38 runs.

Its been a year 15 years longing for the Royal Challengers for their maiden IPL trophy. They finished as the runner-ups in 2009, 2011, and 2016 but have always failed to grab hold of the prestigious title.

With Virat Kohli as a constant for RCB, they would embrace quite a few changes to their squad. After Kohli stepping down as the skipper, the South African opener Faf Du Plessis will be the man to take them forward this season. The openers shall be a choice between Virat Kohli, Faf du Plessis alongside a young talent, Anuj Rawat, who’s done considerably well in the Syed Mushtaq Ali.

In addition to that, there is Glen Maxwell, Dinesh Kartik, and Mahipal Lomror which balance out the middle order for RCB. Karthik will don the wicketkeeping duties for them and will also pose as a potent finisher. We have already witnessed the hard-hitting abilities Maxwell has and he comes across as a handy off-spinner as well.

Coming to their bowling, RCB seems to have a potent bowling attack. Harshal Patel, Josh Hazlewood, and Mohammed Siraj shall be their powerplay and death bowlers. Meanwhile, Sri Lankan allrounder leggie, Wanindu Hasaranga will lead the spin attack for them.

On the other hand, Kolkata Knight Riders found their way into the finals three times in IPL history. Apart from the final of 2021, they have won both in the past in 2012 and 2014, both times under the leadership of Gautam Gambhir.

Shreyas Iyer received the highest bid for KKR and will be a key player headlining their batting unit alongside being the contender for captaincy. As openers, Venkatesh Iyer and Alex Hales seem to be the best right-hand and left-hand combination to trouble the bowlers.

Sheldon Jackson is a stunning wicketkeeper who has impressed every time and in the domestic circle as well. Shreyas Iyer and Nitish Rana are two consistent batters that will discard the liabilities KKR had while managing the poor form of Eoin Morgan.

One of the strong areas for KKR would be their all-rounder duo of Andre Russell and Sunil Narine who will contribute to strengthening their bowling as well. Overall KKR boasts a strong with the likes of Pat Cummins, Shivam Mavi, Sunil Narine, and Varun Chakravarthy. The only difference they have in their bowling is the presence of Umesh Yadav who is replacing Prasidh Krishna.

Virat Kohli is way ahead of his peers while scoring Runs for RCB. He leads the tally at a total of 774 Runs in past encounters. Kohli is the only player on the list who is still associated with the RCB squad.

Sunil Narine has bagged the most number of wickets, a total of 20 in the RCB vs KKR clashes. Narine claimed a four-wicket haul in the last encounter between the two teams. Following him is Yuzvendra Chahal with 19 Wickets who found his way into the Rajasthan Royals this season.