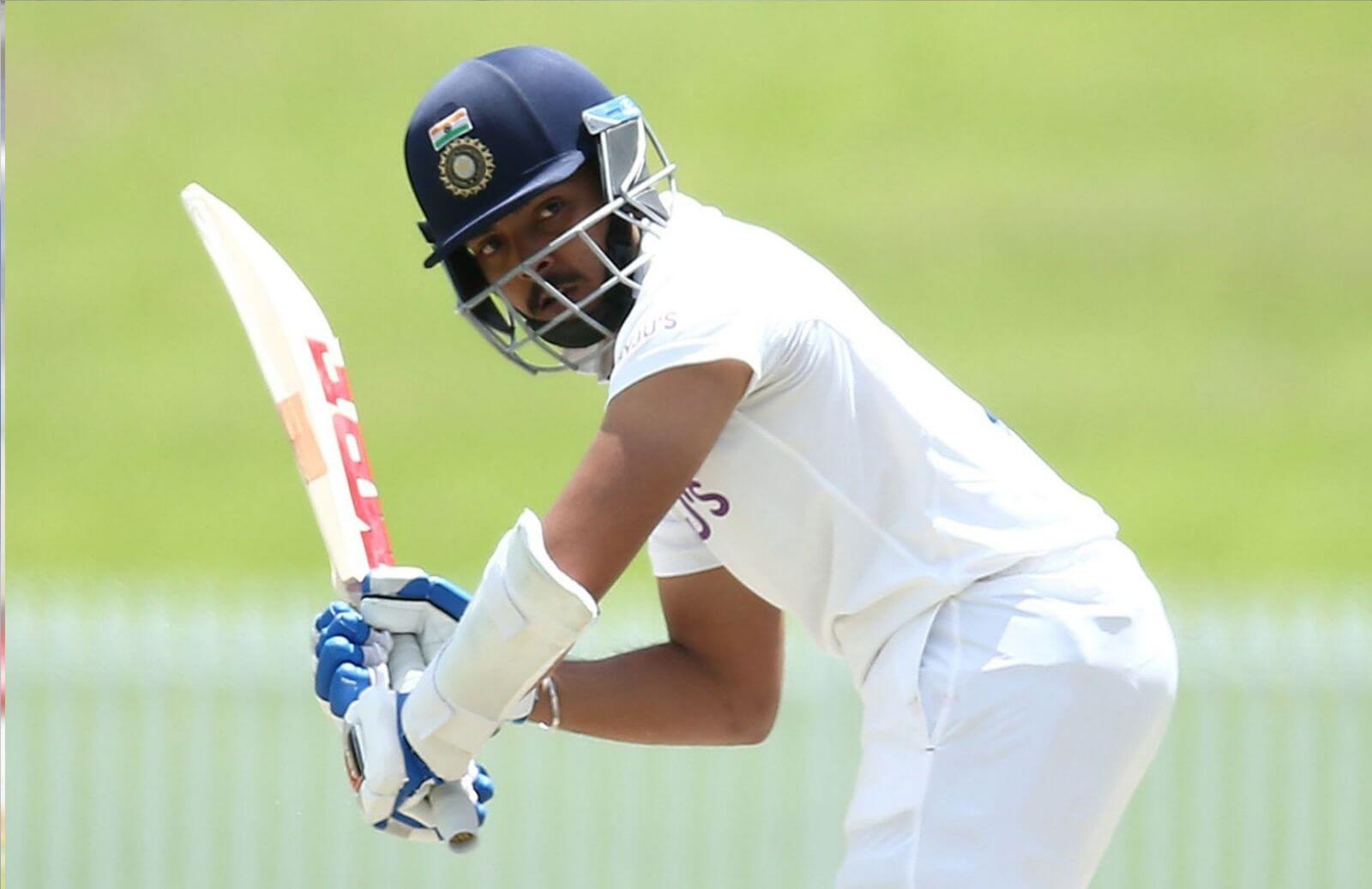 Prithvi Shaw’s poor run with the bat in whites continues as he once again got out in cheap. He was once again clean bowled by Aussie pacer Pat Cummins. Now, it seems like the time is running out for the young Prithvi Shaw as many young individuals are in contention to replace him in the side.

The Day-2 of the Adelaide Test gone in favor of Indian bowlers, who didn’t give any air to Aussie batsman throughout the innings. They dismissed the hosts for a score of 191 runs and Tim Paine finished as the top scorer for Australia with an unbeaten knock of 73 runs in difficult circumstances. Ravichandran Ashwin emerged as the star of the day. He took a four-wicket haul. He was well supported by Umesh Yadav and Jasprit Bumrah from the other end. The former took three wickets whereas the latter managed wickets of Matthew Wade and Joe Burns.

Prithvi Shaw Poor Run Continues With The Bat In Australia

After a fantabulous day with the ball, Team India might have thought to end their day on a high note. But, Aussie pacer Pat Cummins had some different plans. He was well aware of Prithvi Shaw’s weakness and the host bowler exploited him over the same. He once again bowled a short of a length delivery and the ball traversed through the gap between bat and pad to dismantle the sticks in the final session of the day.

Prithvi Shaw has scored 335 runs in his last 8 innings while playing India in whites. And, he might have played his final game of the Australia tour looking forward to his poor form.

The visitors had no choice but to send Jasprit Bumrah at number three as night-watchman. The fans are now waiting for a much-awaited Day-3 of Pink Ball Test as the game is yet to unfold some more convincing performance by the players.