Little Bit Slower In The Air: Harbhajan Singh Important Advice For Chahal On How To Dismiss Steve Smith 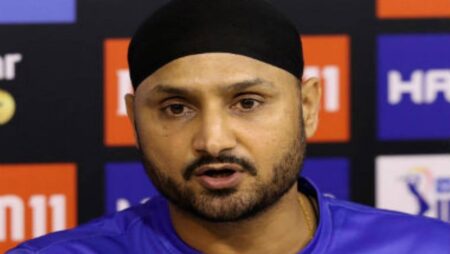 Yuzvendra Chahal, the Indian leg-spinner has faced the heat of the fans and former cricketers for his poor performance in the ongoing ODI series against Australia. And, Steve Smith has been garnered praise for scoring back to back centuries in the series. Meanwhile, the Indian bowlers have still no clue on how to dismiss former Aussie skipper early in the innings. Now, Harbhajan Singh, the veteran Indian spinner has come out with advice for Chahal on how to take the wicket of Steve Smith.

The Haryana-born spinner is having a nightmare tour to Australia. In the series opener, he gave away 89 runs in his 10 over spell and took one wicket. The fans expected him to come out with a good show in the 2nd ODI. But, he failed to give a standout performance once again with the ball. He registered expensive bowling figures of 9-0-71-0. He looks far from his best at the moment and there are chances that he might be dropped from the side for the 3rd ODI.

Harbhajan Singh, the veteran Indian spinner, has advice for Chahal if the latter plays in the final game of the series. He said that try to bowl slow against Smith in the game. The Punjab-born cricketer said that the 31-year-old likes to play pace. But, if we take the pace off from the bowling then he struggles a lot. So, the Indian spinners can exploit Smith over his weakness in the 3rd match.

“I would like to see Smith batting against spinners. You know, Yuzvendra Chahal or maybe Kuldeep Yadav coming in, in the side. They both bowling in tandem and bowl 7-8 overs of spin when Smith comes in. Steve Smith is someone who likes pace on the bat if you take that away from him for some time that might be the key point to get him out,” Harbhajan Singh said as quoted by Hindustan Times.

Bhajji also said that although Chahal has not performed well in the recent games. But, he doesn’t find any big problem in him. He suggested that Aussies know wickets very well and this is why they are taking every chance against India bowlers. Harbhajan, who himself has a brilliant record in Australia, has suggested Chahal bowl slow in the air and he will surely get some turn from the wicket.

“I don’t see anything wrong going with Chahal. It’s the conditions, it’s purely the different conditions what they get in Australia and what they were getting in UAE. It’s just as Virat said, Australians know their wicket better than others and they are taking their chances against him [Chahal]. So, my advice to Chahal would be to keep working harder on his game and bowl a little bit slower in the air if possible and you might see some turn on the wicket,” the 41-year old added.