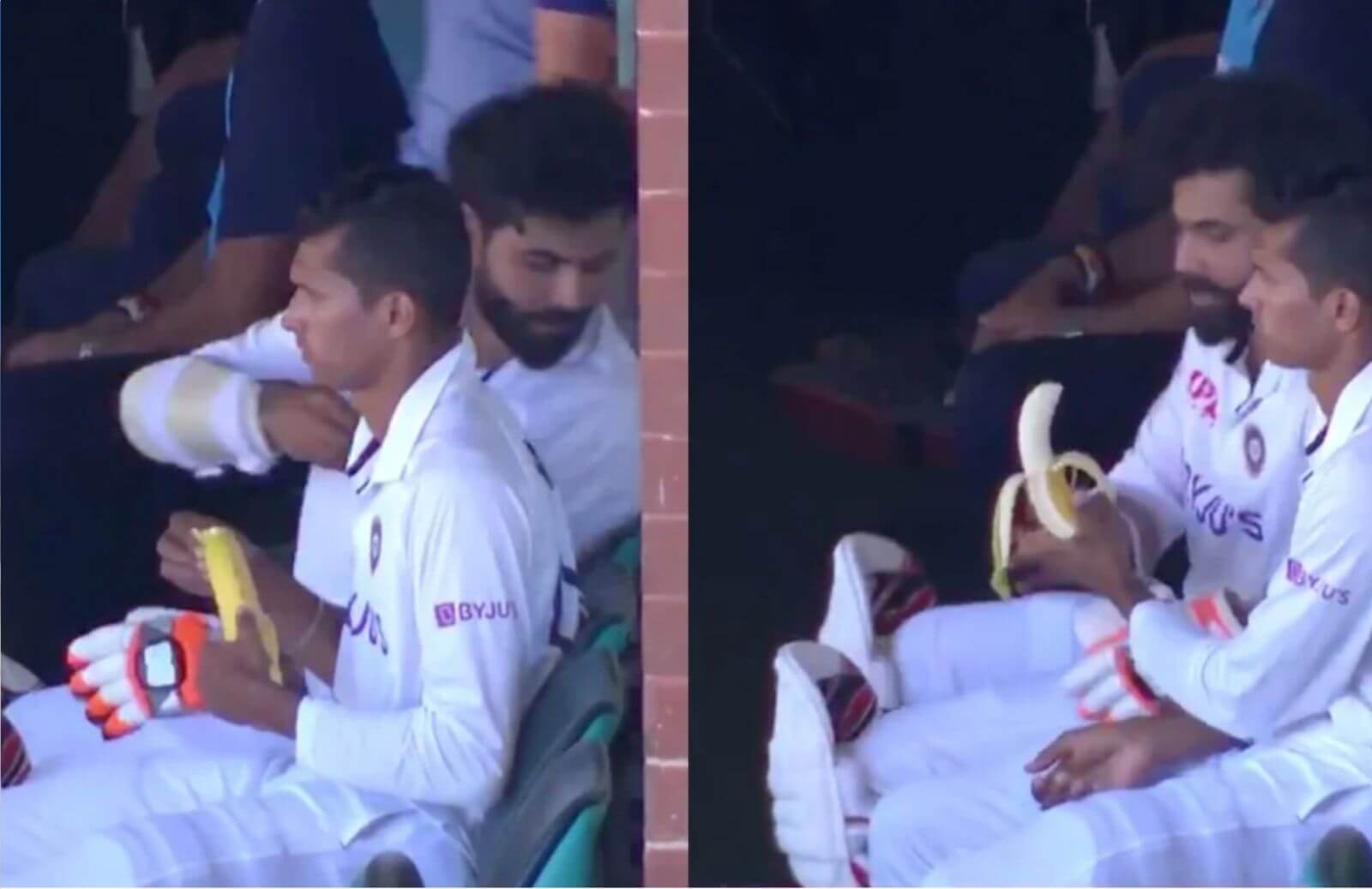 Team India looks united in the ongoing 3rd game of the four-match Border-Gavaskar Trophy 2020-21. They are doing really well and marked a strong comeback after the 1st Test. Although, the visitors have suffered a number of injury blows. But, still, Team India has bounced back strongly. Ravindra Jadeja also got injured in the Sydney Test. However, he will be tipped to bat if there is a requirement. Now, a video has got viral in which Indian pacer Navdeep Saini can be seen peeling a banana for his injured team-mate while in the dugout.

Australia began as the favorites on the final day of the Sydney Test. But, Rishabh Pant and Cheteshwar Pujara batted really well against the Aussie bowling line-up. The former pulled-off a match-saving knock of 97 runs. Meanwhile, the latter also managed a good half-century. After their dismissal, everything came on the shoulder of Indian tailenders and Australia was once again back in the game.

The chances are quite high in the 3rd Test that injured Ravindra Jadeja will have to come out and bat. He was also spotted kit ready to take the field. There is also a video getting viral on social media in which Navdeep Saini is helping out Ravindra Jadeja in peeling banana.

Ravindra Jadeja suffered a dislocation of the thumb during the first innings of the game. But, he is expected to come out and bat for Team India if required as the match is moving in a really crucial situation.