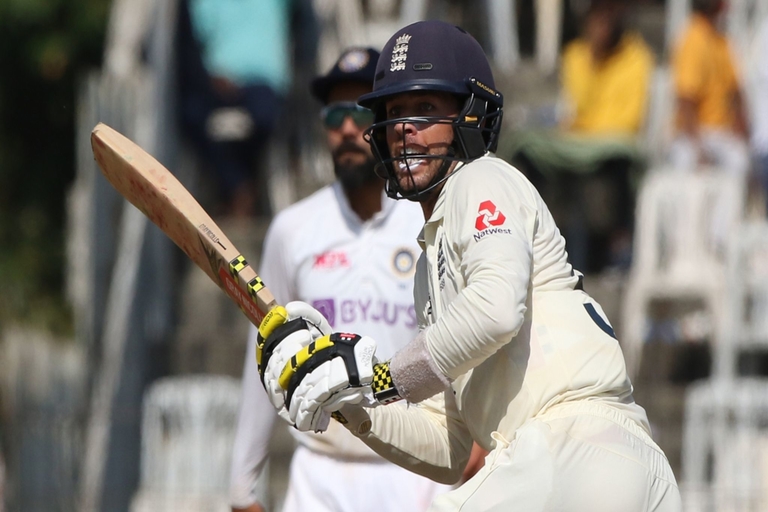 Narendra Modi stadium pitch was brought under the scanner as it favors spinners from the word go in the 3rd Test match. Meanwhile, England had to suffer the repercussions and they lost the game by 10-wickets. The final game of the series will also be played at the same venue and Ben Foakes has already given his opinion on the pitch that they will get to play. He feels the track will surely spin from Day-1 in the 4th Test.

In the pink-ball Test, the England skipper won the toss and elected to bat first. Joe Root thought that they can put pressure on the hosts by giving them tough spinning conditions to bat after surviving on Day-1. But that was not the case as the ball began turning from the very first over and the visitor’s side collapsed in the game.

They were in no position to win the game and poorly flopped in chopping down the spin. Post-match, the former English players went berserk and criticized Team India’s approach for preparing track as per their feasibility. Now, Ben Foakes has indirectly taken a dig on Team India.

In an interview, Ben Foakes said that their side was completely outplayed by the hosts in the 3rd Test. He added that Team India has a complete list of world-class spinners and they had no answers for the turn they were getting. As per him, they need to work hard to score runs against the spinners.

“Obviously, we got thoroughly outplayed. Those were tricky conditions, but they played well. They have a couple of class spinners and we did not have answers to them so I think going forward, we have to be good enough to counter that to score big runs on the board.

Foakes asserted that the Indian cricket team is pushing their favorable conditions to an extent. He opined that their side is well aware of the fact that the ball will start spinning from ball one and they will have to find a way in order to score runs.

“I think we know what we are going to get in the last Test in terms of surface. They are pushing their conditions to the extremities and we know it is going to spin from ball number one, it is about finding a way to play well in those conditions,” said Foakes as quoted by Sportskeeda.

“The last two pitches are the hardest I have kept on, the last game, the pink-ball was skidding and the amount it was spinning, I have never seen that and it was a challenge to keep on those wickets. We have been outplayed in the last two games, but we are in a position to draw the series, we have to put up a good performance and if we go away with a 2-2 draw, it will be a good performance,” concluded Ben Foakes.