Australian all-rounder Glenn Maxwell earned a big fat cheque once again as he has been snapped by for a whopping amount of Rs 14 Crore and 25 Lakhs. Glenn Maxwell was released by Punjab Kings (formerly known as Kings XI Punjab) ahead of the auction after a disappointing last season.

Kolkata Knight Riders made the opening bid of Rs 2 Crores for the ‘Big Show,’ and soon Royal Challengers Bangalore entered the bid. The Royal Challengers from Bangalore looked to seal the deal for the swashbuckling all-rounder, but Chennai Super Kings entered the bidding war. From there, it was a Southern Derby to sign the Australian as both teams looked determined to snap him. In the end, it was RCB who bought Glenn Maxwell, making a statement in the auction.

Glenn Maxwell in the IPL

Glenn Maxwell has a decent record in the IPL so far as he has managed to score 1505 runs in 82 games at a phenomenal strike rate of 154.68. He also has picked up 19 wickets with his handy off-spinners.

The Australian all-rounder had a disappointing season as per his lofty standards as the Big Show could only manage 108 runs and 3 wickets in 13 matches. Maxwell failed to hit even a single six throughout the whole campaign in the IPL 2020.

How Glenn Maxwell turned the tide?

Maxwell is a proven player in the T20 format. He returned to the form playing for Australia in the ODI series against India, where he scored runs for fun. Glenn Maxwell then has had a reasonably successful Big Bash League campaign later. Maxi went on to score runs and clinch wickets as well for his side Melbourne Stars.

Captaining the Stars, Maxwell looked a different player as he found success bowling with the new ball in the Powerplay. Glenn Maxwell went on to score 379 runs in 14 matches at a strike rate of 143.56. He also picked up 7 wickets with the ball at a decent economy rate of 7.66.

What would Glenn Maxwell bring to Royal Challengers Bangalore?

With Glenn Maxwell’s signing, RCB has solved their persistent problem of an explosive middle-order batsman and finisher. It is no secret that RCB’s batting heavily relies upon the duo of Virat Kohli and AB de Villiers. The inclusion of Maxi would take some responsibility off of de Villiers’ shoulders. Glenn Maxwell could also give them some overs in the middle, and he also is a gun fielder. The batting-friendly pitch of M Chinnaswamy Stadium would undoubtedly suit the playing of Glenn Maxwell as well.

Without a doubt, Maxwell is going to add value to the RCB side. However, the pressure of the enormous amount could play with players’ minds. We have already seen big-money flops in the past. If Glenn Maxwell would be able to leave the last season behind him and play his natural game and RCB’s gamble on him would prove the missing piece in their puzzle to win the first IPL title, we have to wait for the IPL 2021 to have our answers 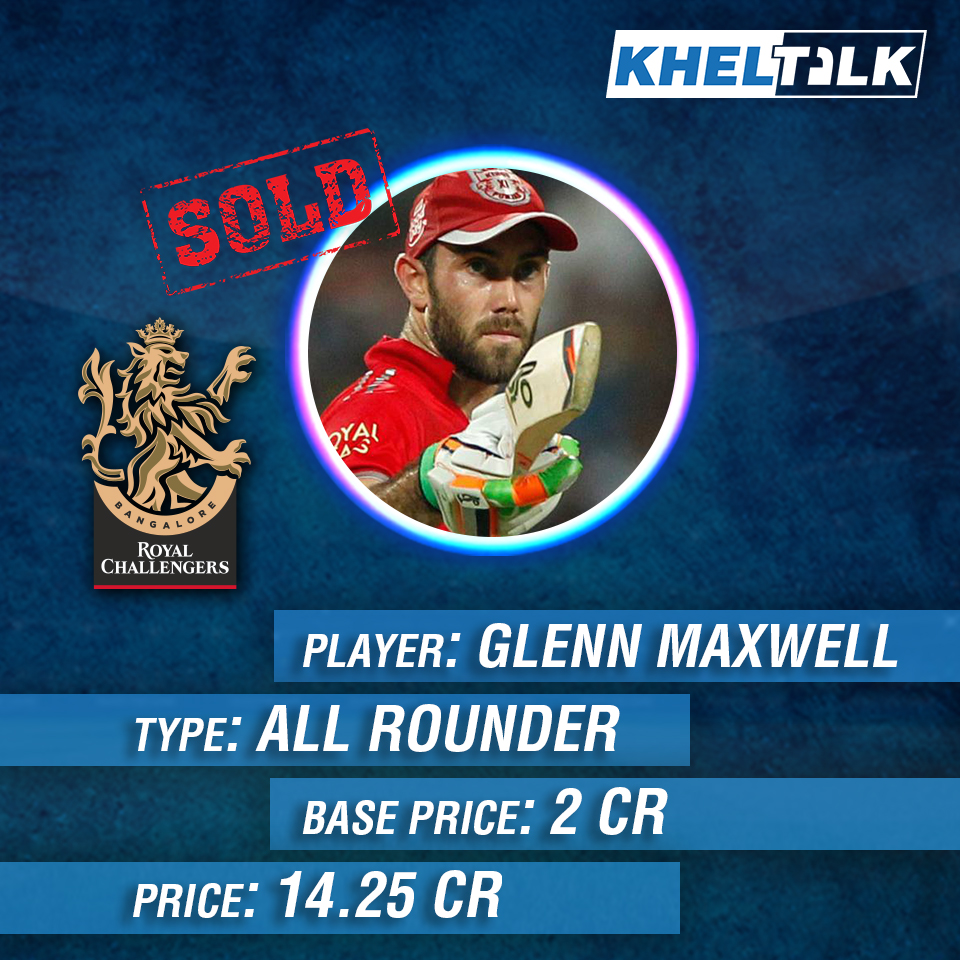