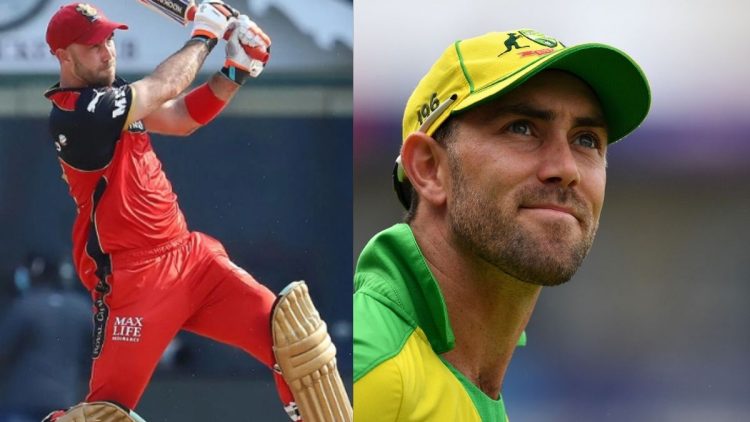 Glenn Maxwell is an enigmatic Australian who has been loved all around the world and his batting style is the perfect synonym for revelation in cricket. He broke the stereotype of playing reverse hits in cricket and has written a new chapter in the cricketing book. He is now 32 years old and probably has 3-4 peak years left in the tank and surely World is yet to witness the real potential of Maxwell.

He made his international debut in 2012 but due to his extravagant style of play, even before his debut, he was labeled as the next big star of World cricket. Glenn Maxwell didn’t take a step back either in his initial days of International cricket and went full swing from ball one. He was often criticized for his poor shot selection but he always backed himself and emerged as one of Australia’s finest batsmen of white-ball cricket.

Glenn Maxwell has gone through many ups and downs throughout his career but it was the 2013-15 phase where World got to witness Maxwell’s supremacy and labeled him as the ‘X’ Factor of any team. He won IPL’S most valuable player award in 2014 and also won the 2015 50-over World Cup with Australians.

Maxwell has not scored many centuries in his career or nor has a batting average of 50 but it is the impact he leaves on the cricket field that makes him one of the most valuable players of any team. He is a fun-loving character off-field and fans love all around the world. In this article, we will look at Glenn Maxwell’s net worth, Lifestyle, House, etc.

Glenn Maxwell’s net worth stands at a staggering INR 87 crores and most of his income is generated through his big heavy contracts with franchises all around the world. He is one of the highest-paid cricketers and his brand value is very high in modern cricket.

Glenn Maxwell Net Worth over the years

Let’s now go into details of Glenn Maxwell’s net worth.

Glenn Maxwell is given the nickname of “Million Dollar Baby” in the Australian dressing room because of his high demand in the IPL auctions market. Maxwell has played for many franchises so far but has not been able to cement his place in any of the franchises yet. He started his career with Delhi Daredevils in 2012 and was picked by them for a whopping 1 Crores.

Although he couldn’t find a place in Delhi’s star-studded lineup and later on was picked for record 5.3 crores in 2013 auctions by eventual Champions Mumbai Indians. Maxwell grabbed a jackpot in 2014 when Kings XI bought him for a staggering 6 crores and it is his best season to date which bagged him the precious award of Most Valuable Player of the tournament in 2014.

Ahead of the 2018 auctions, he again moved back to Delhi Daredevils for 9 crores which was a disastrous season for him. But his brand value didn’t suffer any setback and again in 2020, he went for 10.7 crores which was again a distasteful season for him. In 2021, he again raised eyebrows as Royal Challengers Bangalore picked him for a record 14.25 crores and so far, he has performed exceedingly well for them.

Glenn Maxwell is one most loved Australian cricketers in India and has worked with many big Indians brands in the past. He’s funny and loving charisma is perfect for any brand and even he loves acting which makes him a perfect candidate for Brand endorsements.

Glenn Maxwell is one of the World’s cricket’s most active stars on Social media. He is very active and often takes on various challenges which are going around in the world. He is also a big fan of Tik Tok videos and often makes them with his teammates. Recently also, his video with Chahal and AB de Villiers went viral in the Social media world.

Glenn Maxwell is famous for his flamboyant style of play and in real life also, he is a fan of big extravagant cars. He owns many precious cars and their combined net worth is estimated to be more than 5 Million Dollars. His collection includes cars from BMW, Nissan brands.

Glenn Maxwell is from Victoria, Australia. He comes from a lower-middle-class family and faced many problems growing up but after his first IPL contract, he promised his dad to give him his dream house, and indeed he completed his promise. He has built a luxurious mansion in Victoria which is worth more than 10 crores. Just like Steve Smith, he is also into property investment and has rented many properties across Australia.

Glenn Maxwell was born in Kew, Victoria, on 14th October 1988. He was a very cranky child in the family and it was one of the reasons behind his innovative approach in cricket. He represented the state under-19 team when he was 12 years old. After succeeding in school cricket his dad saw his potential and personally monitored his growth as a professional cricketer.

Glenn Maxwell is married to Indian-Origin Vini Raman. He was also in a relationship with renowned Australia’s News Presenter Candice Wyatt but things couldn’t go far and they broke up after dating for years. Glenn met Vini Raman at a house party in Melbourne. They dated for almost 3 years before settling down in 2020. Maxwell performed all rituals of Indian Wedding and even his whole family wore Indian Ethnic Wear.

Yes, she is of Indian origin.

Q. Has ever Glenn Maxwell captained the Australia Team?

Q. Did Glenn Maxwell start his career as a spinner?

No as an all-rounder.

Q. What is the age of Glenn Maxwell?