Mohammed Azharuddeen, Kerala batsman has revealed how Indian skipper Virat Kohli wished after he was roped by Royal Challengers Bangalore in the recently concluded Indian Premier League 2021 auction. The right-handed batsman was roped in by the Bangalore-based franchise at his base price of INR 20 Lakhs for the 14th edition of the IPL.

The 26-year-old made his first-class debut back in 2016 for Kerala. But, he managed to attract the limelight on the back of his batting in the recently concluded Syed Mushtaq Ali Trophy. He amassed 214 runs at an average of 50 plus. Meanwhile, he also pulled off a remarkable knock of 134 runs in just 54 balls against Mumbai guiding Kerala to an impressive win. At the moment he is playing for Kerala in the ongoing Vijay Hazare Trophy 2021.

Mohammed Azharuddeen Is On Cloud 9 After Getting Picked By RCB

Mohammed Azharuddeen was over the moon after he was picked by Royal Challengers Bangalore. In a free-wheeling interaction, the right-handed batsman said that Indian skipper Virat Kohli texted him a message that read, “Welcome To RCB” and wished him luck.

The Kerala-born player said he got emotional very emotional after getting a text from the Indian captain. He asserted that it is going to be a great sharing dressing room with the likes of AB de Villiers.

“It is something I’m very happy about. Virat Bhai is someone I look at as a cricket icon. It has always been a dream of mine to play with Virat Bhai. I’m very excited and very happy to be on the same team as him,” he added.

“I wanted to represent RCB and it’s amazing that they have picked me. It would be a surreal experience to share the dressing room with the likes of Kohli Bhai and AB de Villiers. I’m thankful to everyone who helped me get here. It’s all just settling in slowly,” Azharuddeen added. 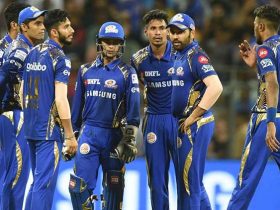