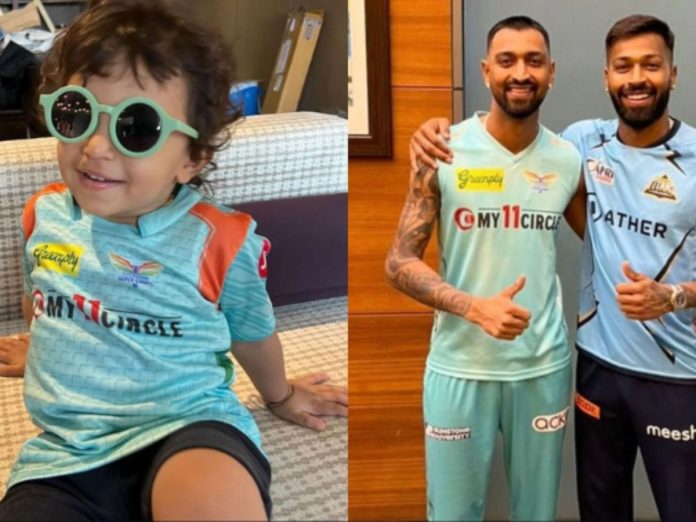 Krunal Pandya and Hardik Pandya will be playing against each other in an Indian Premier League 2022 season on 10th of May (today). This is going to be the second time when these brothers by blood will come face to face in the cash-rich league.

Now, ahead of the crucial game, Krunal Pandya has shared a glimpse of his lucky charm. Interestingly, he has received a very heartwarming response from every nook and corner on social media.

Lucknow Super Giants and Gujarat Titans came face to face against each other in the season opener. In that game, GT won by 5 wickets leaving LSG on the losing end. Hardik Pandya, who is leading Titans in IPL 2022 has done a great job as a skipper and his side is already on the verge of becoming the first side to qualify for the playoffs.

On the other hand, LSG, who lost their previous game will be looking to avenge the loss of their previous defeat against the Titans. Meanwhile, it is also being seen as a battle between brother vs brother.

Ahead of the crucial game, Krunal Pandya took to his official Twitter handle and shared a picture of Hardik Pandya’s son “Agastya” donning LSG’s jersey with shades. He wrote in his post,” Got my lucky charm on my side for tomorrow’s game.”

Earlier, Hardik Pandya and Krunal Pandya were playing together for the Mumbai Indians. But., ahead of IPL 2022, they were released by five-time IPL winner into the mega-auction. Later on, the Titans picked Hardik Pandya as one of their top picks whereas Krunal Pandya’s services were bought by none other than LSG.

Looking at the points table, LSG and GT have equal points in the same number of games. But, Lucknow is ahead on the back of their good net run rate.

‘Once a king, always a king,’- Harbhajan Singh praises Jasprit Bumrah for a 5-wicket haul against KKR