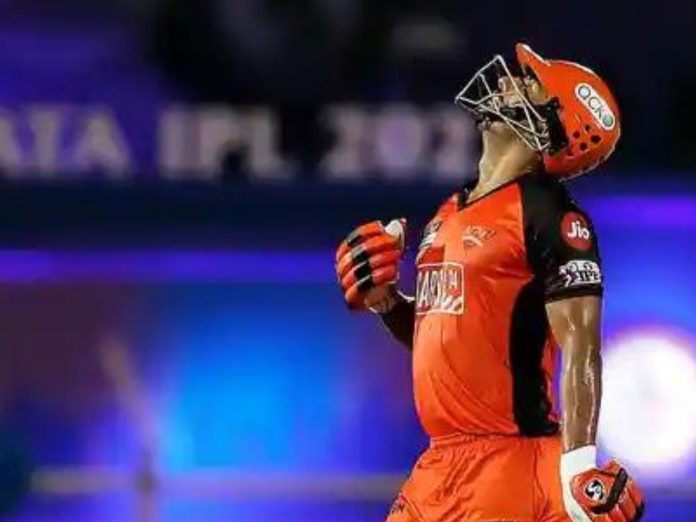 Former Indian coach Ravi Shastri is happy with the performance of Rahul Tripathi in the ongoing Indian Premier League season. And, he feels that if the player stays fit then he can straightaway play for Team India in the shorter format.

SRH top-order batsman Rahul Tripathi is in fierce batting form with the bat. He is having a breakthrough season for him with the bat. So far, he has managed more than 350 runs for SRH at a strike rate of around 145. The right-handed batsman has been hitting the ball in every nook and corner. from the word go in the games.

One special thing in his batting is that he is able to play really well against short deliveries and this can help India in the upcoming T20 World Cup that is slated to be held in Australia starting from mid-October.

Rahul Tripathi is getting praised by former cricketing greats. Recently, Matthew Hayden said that he will go onto play for India very soon. Also, he can be slotted into the squad of the T20 World Cup. Now, former Indian head coach Ravi Shastri has come forward to join the bandwagon.

He said that Rahul Tripathi is not very far from his international debut. As per him, if he doesn’t get injured then he will be a favorite player of the selectors. Also, he mentioned that his presence in the team will only add more value on the back of his exceptional batting style.

“He’s not far at all. If someone doesn’t get up from the bench or gets up from the wrong side of the bed and gets injured, this guy can be slotted in straight away,” Shastri told ESPNCricinfo.

“When you get a good start, he’s there to build on that. He doesn’t go behind the eight ball, rotates the strike well, he has the big shots up his sleeve, and has a tremendous all-round game. This guy comes with no baggage. He’ll come out and play his shots. The time he spends at the crease, he’ll be value addition to the (India) side,” Shastri added.