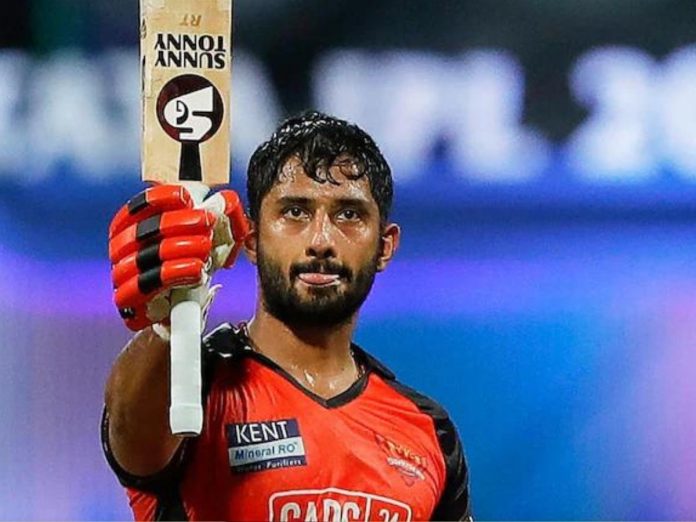 Former Aussie World Cup-winning cricketer Matthew Hayden is really impressed with the performance of uncapped Indian batsman Rahul Tripathi in IPL 2022. And, he has come up praising the youngster in his recent interview and he feels that the right-handed batsman can play for a long in international cricket.

Rahul Tripathi was picked by Sunrisers Hyderabad in the IPL 2022 Mega-Auction. And, he has done a commendable job with the bat in the middle-order for the orange army. He has been on a run-scoring spree for his side and mustered 393 runs in 13 games at a good strike rate of 141.22.

The star uncapped batsman smashed a brilliant knock of 76 runs off 44 balls and helped his side in clinching a crucial victory for his side against Mumbai Indians. In a recent interview, Matthew Hayden, who is a big admirer of Rahul Tripathi’s batting, said that right-handed batsman batting in powerplay has given boost to SRH chances of winning the game.

“I just love his ability to upfront so hard. I think that’s what has been really missing inside the SRH batting line-up. That powerplay is so significant. especially when the wickets are getting slower, so the first 6 overs, you have to make use of it. It was a really good leadership decision as well to get back down the order,” Hayden told Star Sports.

He added the way Rahul is batting for Sunrisers Hyderabad and the way he scored runs against Mumbai Indians was simply brilliant. The former cricketer feels that the youngster can be taken to Australia in the T20 World Cup.

“The way Tripathi took up the responsibility was good to watch. I think he has got some real potential in the future to go all the way at the international level. He is someone that is a dangerous striker of the ball, he can hit both sides of the wicket. In particular, what impresses the most is his ability to play short-pitched bowling.

“I mean, getting to Australia, let’s just take the liberty to say that’s where it is, not saying he will be picked, but he has the game on bouncy wickets,” Hayden added.