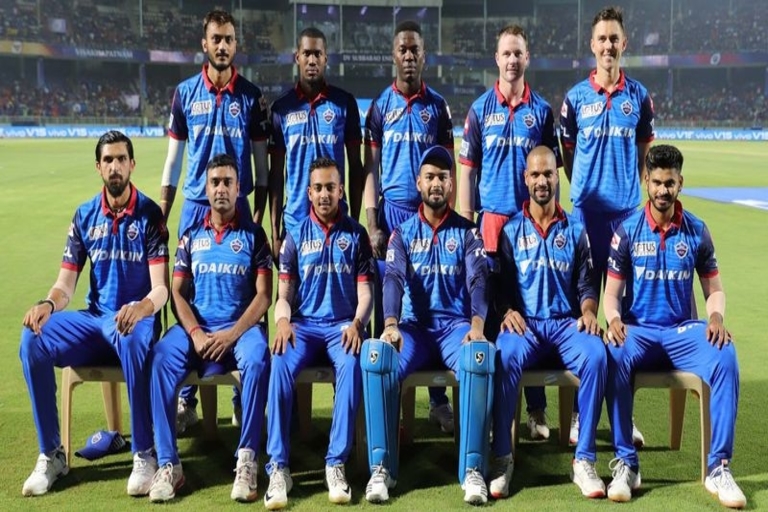 Coach Ricky Ponting has got a ton of Experience and he guides the team to the path of success. He has got a bunch of players who can lift the title for the first time in IPL history.

Delhi Capitals is slightly different from all other teams, as they have got some great international experience on their side which can turn out to be a game-changer for the upcoming season.

Here is the strongest playing 11:-

India’s prolific all-rounder Shikhar Dhawan had a great 2020 season, as he piles up the runs for Delhi capitals at top of the order. The left-hander bats for a longer duration, as he scored big hundreds as well while opening for Delhi Capitals

The Maharashtra lad played for Delhi Capitals in IPL, the last season was a season to forget for Prithvi Shaw. The free-flowing right-hander Prithvi Shaw was in horrendous form with the bat in the last season and also got dropped in the middle of the season. The upcoming season is vital for Prithvi Shaw, as he looks to change the fortune in the 2021 season. He played only 38 IPL games and scored 826 runs with an average of 21.74 at a strike rate of 139.76.

Recently he got the form back in the domestic season, as he looks in fine touch in domestic one-day cricket and will look to replicate in IPL ss well.

The great selection by Ricky Ponting and co., as Delhi capitals got what they missed in the last season. They have got the most experienced player at No.3 who binds the inning together. Steve Smith is the backbone of the Delhi Capitals, as he bats around India’s great International talent. He played 95 IPL games and scored 2333 runs with an average of 35.35 at a strike rate of 129.25. He is the key to the success of Delhi capitals, as he holds a vital position.

The captain of the Delhi Capitals struggled in the last season, but he has got the potential to overcome the poor form. Iyer scored a lot of runs for Delhi Capitals in IPL, now he will look to repeat the same in the coming season. The right-handed batsman can hit some shots at Mid wicket region and cow corner as well.

The trending star in the world at the moment, Rishabh pant the game-changer in T-20 cricket is vital for Delhi Capitals. The last season was not gone as per the standards of Rishabh pant but the coming season will be crucial for Rishabh Pant, as he got the rhythm in the batting and can hit the ball out of the ground. He kept the wickets brilliantly behind the stumps.

The numbers of Rishabh Pant are commendable, as he played 68 IPL games and scored 2079 runs with an average of 35.24 at a strike rate of 151.97. The stats showed the power of the left-hander, as he has the fear factor.

The tall muscular Australian All rounder make his name in the last season, as he showed the ability to hit big shots in the slog overs. He got the range hitting and can finish the inning on high. Marcus Stoinis has developed the game over the period of years and now he recognized as a Batting all-rounder.

The left-arm Spinner has great control in bowling, as he bowled some superb spells in the last season as well. The length and pace of Axar make him a great spinner in T-20 cricket, as he played 97 IPL games and taken 80 wickets with an average of 18.26 at a strike rate of 25.24.

Axar also has a great economy rate in IPL, as he gave away runs with an economy of only 7.3 runs per over.

The Great spinner of India, lead the bowling attack of the Delhi Capitals. The name required no introduction, as Ravichandran Ashwin is the legend of Indian cricket. The variations in T-20 cricket make this man more dangerous, as the stats are astonishing for the magician. In 154 IPL games, he picked up 138 wickets with an average of 26.81 at a strike rate of 23.41.

He provides balance to the side, as he bats well lower down the order. He gives control to the captain, as the economy rate ( 6.87) of Ashwin is evidence of controlled bowling.

The South African Paceman Anrich Nortje is considered a rising star in South African cricket, as he got some pace to dismantle the opposition. The last season gave fame to Anrich Nortje, as he played 16 IPL games and taken 22 wickets.

Delhi capitals are fueled with some raw pace and the pace of Anrich Nortje can turn out to be the difference between the two sides. He got some variation at the back end of the inning as well but he depends on the pace for most of the deliveries.

Another South African who needs no introduction in Delhi capitals lineup, as he got the straight selection in the playing 11. Kagiso Rabada is a star in International cricket as well as in the Indian Premier League.

He got unbelievable numbers in IPL, as he played only 35 IPL games and taken 61 wickets with an average of 18.1 at a strike rate of 13.18. He takes off wicket at every thirteen delivery he bowled in IPL, which showed the class of a speedster.

The legend of Indian fast bowling, the tall speedster Ishant Sharma was unlucky in the last season, as he was injured early in the tournament. The tall man has got some serious experience in T-20 cricket. The variations are the key to success for Ishant Sharma as he takes soo many wickets with the help of variations like a knuckleball, Slower ball, and cutters.

He played 90 IPL games and taken 71 wickets, the numbers don’t justify the class of Ishant Sharma. He looks to redeem himself in the coming season and the trio of Ishant, Rabada, and Nortje sends alarming bells for the opposition.

Delhi Capitals have got 6 bowling option and the batting lineup stated Axar Patel at No.7 and Ashwin at No.8 which left a little bit of lack in lower down the order but the Top 6 are quality batsman, as they are more than capable of providing the platform for Axar and Ashwin to unleashed in the end.