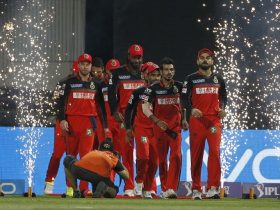 The Rajasthan Royals now recognized as a team of a millionaire, as they bagged the most expensive player in the 2021 auction.

Rajasthan Royals woke up late in the previous season, as the time passed when they started to peak. The Journey was a roller coaster for Rajasthan Royals, as they struggled in the tournament and then eventually peak at the last half of the season.

Rajasthan Royals strategy at the auction table is commendable, as they got a bunch of All-rounders in the team. Royals make a perfect balance with Indian and overseas players, as they strengthen all three departments of the game.

The Royals opener Jos Buttler completely changed the dynamics of the game since he started to open in T-20 cricket. He piles up a ton of runs for the Royals in the last few seasons, the Englishmen approach in T-20 cricket as an opener is scary, as he just dismantled the opposition in the powerplay of six overs.

Buttler has phenomenal numbers in IPL history, as he played 58 IPL games and scored 1714 runs with an astonishing average of 34.98 at a rapid strike rate of 149.56. He is recognized as a brute force at the top of the order, and he can win you a win single-handedly.

The star of the Under -19 world cup hasn’t performed well in the last season of IPL, but he has great potential at top of the order. Yashasvi Jaiswal is one of the future stars of Indian cricket, as he has a great temperament and talent. He played only a few games in the last season, but the coming season could be a life-changing season for him, as he has the skills to partner with Englishmen Jos Buttler. The presence of Jos Buttler at the other end should give a confidence booster for the young man of Rajasthan Royals.

The new captain of Rajasthan Royals has got more responsibility on the shoulder, as the elegant right-hander Sanju Samson will marshal the troops in the coming season. The last season showed the ability of Sanju Samson in the field, as he hits biggies out of the Sharjah stadium.

He played 107 IPL games and scored 2584 runs with an average of 27.78 at a good strike rate of 133.75. The world praises the talent of Sanju Samson, but sometimes he threw his wicket away. The upcoming season comes up with more responsibility, but Sanju Samson has ample experience in T-20 cricket to face the challenge.

The world’s best all-rounder Ben Stokes is the backbone of Royals, as he has great ability with both the bat and ball as well. The last season was a strange one, as Ben stokes open the inning for Royals which hasn’t proved to be a wise decision. The perfect place for Ben stokes is in the middle order, as he can finish the game with some humongous hits at the end. The Steve Smith exclusion will certainly push Ben Stokes to lower down the order.

Stokes have played only 42 IPL games and scored 920 runs with an average of 26.29 at a strike rate of 135.1, but he is a much better player than what stats suggest.

Another young talented hard-hitting batsman Riyan Parag left the world stunned with his hitting ability. He hits some monstrous hits in T-20, as he played 2 seasons for the Royals and make an impression with the skills. The numbers are not great at the moment as he played only 19 IPL games and scored 246 runs with an average of 20.5 at a strike rate of 121.18. He is a much better player than what stats suggest, as he can turn out to be a brute force at slog overs.

The Indian millionaire who bags a million-dollar contract in a 2021 auction. He is India’s brightest all-rounder, and he has done well at the International level. Shivam Dube played only 15 IPL games, but he has the potential to play a lot more games for the Royals. He can nail yorkers at the death overs as well, he got some great ability to deposit the piece of leather out of the stadium in no time. Shivam Dube has got a great backlift, which helps him to hit some swashbuckling sixes out of the ground.

The most expensive cricketer in the history of IPL bagged by Royals. The South African all-rounder Chris Morris is vital in T-20 cricket, as he can win you a win with bat and ball single-handedly. The ability to swing the ball in the powerplay and yorkers at the death overs makes him a great all-rounder. He also got some terrific ability with the bat as well, as the stats are the evidence of a hard-hitting all-rounder which illustrates that Morris scored runs at a strike rate of 157.88 in 70 IPL games.

He is the key man for the Royals, as he got a lot of experience in T-20 cricket and has done well in domestic leagues as well.

The popular cricketer of the 2020 season, Rahul Tewatia makes a name on the biggest platform of T-20 cricket. The game against Kings X1 Punjab gave him the identity, as he failed to take a single in the initial phase of the inning but in the last 3 three overs he knocked the opposition out of the game in one over. He has got some great ability with both the bat and ball, Rahul Tewatia played only 34 IPL games and scored 366 runs with an average of 30.5 at a strike rate of 134.56 and has taken 24 wickets as well with a great economy rate of 7.13

A great Leg spinner who has got a great google up his sleeves, as he deceives the batsman with googly. Shreyas Gopal has got a great ability to take wickets in the middle overs, as he bamboozled one of the greats of the game. He got 48 wickets in 45 IPL games with an average of 24.23.

He can bat as well if required, as he has a great temperament on the field and also got great game awareness in the field of play.

The ferocious fast bowler in the world Jofra Archer is threatening for all the teams, as he got some sheer pace and scary bouncer. The batsman found it hard to hit Jofra Archer, as he got the pace to deceive the batsman and bamboozled the batsman with yorkers at the death.

The outstanding numbers of Jofra Archer in IPL history make him one of the dangerous bowlers at the moment, as he played 35 IPL games and has taken 46 wickets with an average of 21.33 at a strike rate of 17.93. The economy rate of only 7.13 for a fast bowler in T-20 cricket is considered gold.

A speedster of India got some remarkable talent, as he generates good pace at a very young age. He has done well in the last season but the numbers are not great, as he played only 10 IPL games. Kartik Tyagi can bowl under pressure and can knock the opposition with pace. The combination of Archer, Kartik, and Morris is lethal, as all three got some serious pace.

Kartik Tyagi is new to IPL, but he deserves more opportunity at the highest level. He got the talent to showcase on the center stage of the Indian Premier League.

The Royals have got 7 bowling options and 8 batting options which makes the side more dangerous in the upcoming season of the Indian Premier League.