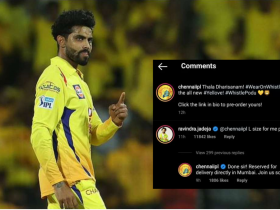 Nasser Hussain, the former England cricketer has taken a strong dig on BCCI for organizing IPL 2021. BCCI knew that India is going through a medical emergency and people are dying due to Covid-19. But still, they took such an irresponsible step. Now, they were themselves forced to suspend the tournament for an indefinite period after players were tested Covid-19 positive.

BCCI is under scrutiny for hosting IPL 2021 in India. Many big sporting personalities like Abhinav Bindra, took a shot on Board Control For Cricket In India, for neglecting the condition of people in India. Now, they are facing the heat from every nook and corner.

Now, former England skipper has also joined the bandwagon. He said that BCCI was left with no option but to cancel the tournament. The former player added that the bio-bubble was busted. But, still they wanted to move forward with the tournament. As per him, this time it became more of BCCI proving a point and nothing much.

“There was no option other than to call off the Indian Premier League. Not after the bio-secure bubbles had been breached in so many places. Enough was enough. This has become far bigger than a game of cricket. The players are not stupid nor insensitive. They would have been fully aware of what has been going on in India.

Nasser Hussain asserted that people are dying on one side and BCCI was busy promoting the tournament. He opined that the tournament should have been organized in the UAE instead of India.

“It has been unedifying at times watching this tournament when people are dying just up the road from there. I won’t criticize the players, but it had to be called off. The mistake was made in having the tournament in India in the first place. Six months ago, they held an IPL in the United Arab Emirates and it went brilliantly.

Covid rates were low and no bubbles were compromised. They could have returned there. Yes, it is easy to say that with hindsight. And India clearly did feel they were through the worst of the virus when they decided to stage this year’s competition,” concluded Nasser Hussain.