“May be MS Dhoni should’ve batted at 1,”- Stephen Fleming jokes after CSK thrashes KXIP by 10 wickets 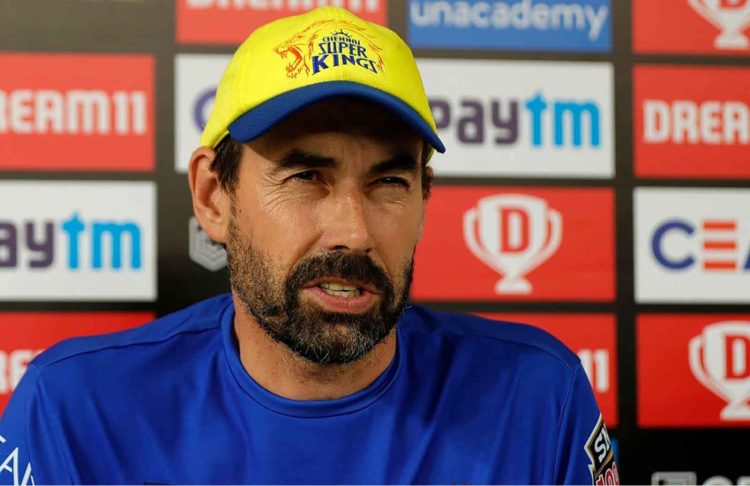 CSK losing streak came to a halt after their openers pulled-off remarkable knocks against Kings XI Punjab. The former defeated latter with sheer dominance by 10 wickets. And, after the match, Stephen Fleming, the CSK coach looked in a good mood and joked out over MS Dhoni’s name.

Chennai Super Kings was having a difficult season before they took the field against KXIP. CSK players performed at their best at Dubai International Cricket Stadium, Dubai. Firstly, they restricted Kings at a par score of 178 runs. Shardul Thakur took two important wickets of KL Rahul and Nicholas Pooran in death overs. Once KXIP was heading towards a score of 200 plus runs in the match. But, a brilliant bowling display from CSK restricted them from achieving their target.

Coming onto the chase, CSK opener Faf du Plessis and Shane Watson took the charge against the bowlers from the word go. The former scored 87 runs and the latter managed 83 runs with the bat. The formidable opening pair dominated bowlers throughout the game and led their side to a thumping victory by 10 wickets.

In the post-match conference, Stephen Fleming joked out over MS Dhoni’s name. He said although the side has registered a massive victory in the match. But, still, some reporters will pinpoint the fact that why MS Dhoni didn’t came out to bat at number 1.

“It (Question) will still come up maybe he should have batted at 1. I am prepared for it every time I have a press conference but it will a nice situation to have it yes,” CSK head coach said.

CSK coach was questioned over the fact that why MS Dhoni comes out to bat at number 5 after Kedhar Jadhav. To which, Fleming said the former Indian skipper is their back player. And, Kedhar Jadhav is a middle-order batsman. And, they are coming out to bat as per the conditions.

“Really? Is that a question? He is our No.4, Dhoni primarily is a middle to back-end player. Kedar Jadhav is our No.4, he plays dual roles, if we get off to a good start he might move down and let Dhoni up. If you lose early wickets then your No.4 batsman goes in, so you can’t keep,” he had said.