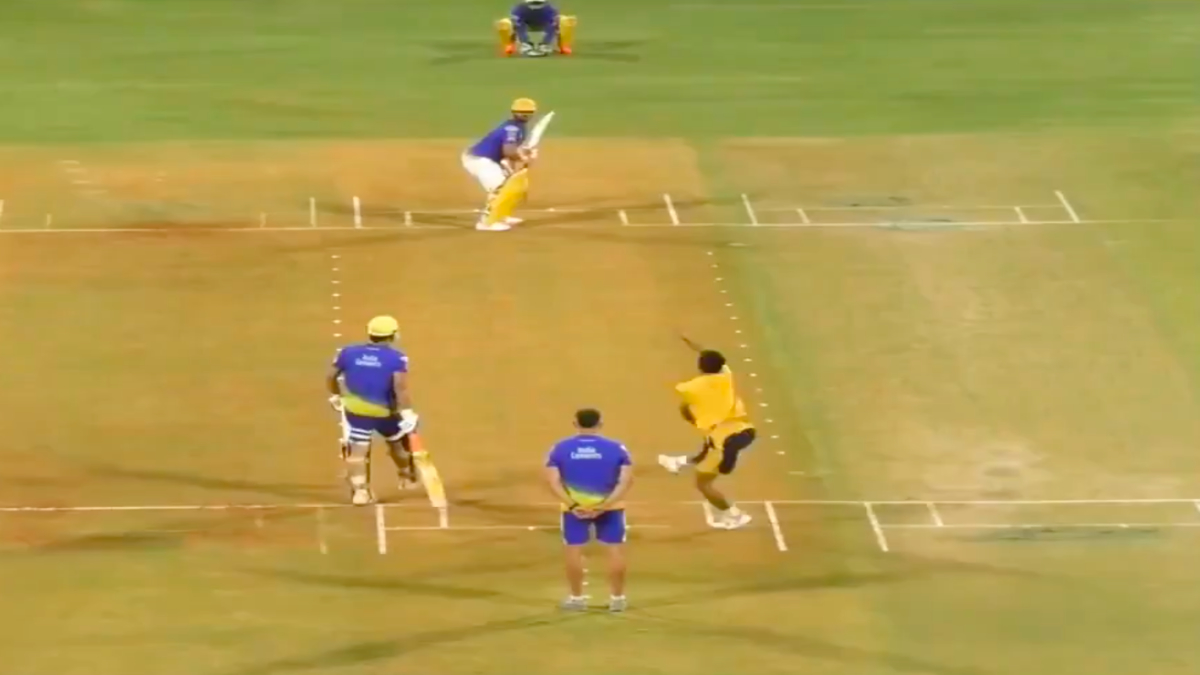 All eight franchises have begun with their preparations for IPL 2020. The mega-event will begin on April 9 with the opening game slated to be played between Mumbai Indians and Royal Challengers Bangalore. Meanwhile, a lot of eyes are set upon Chennai Super Kings that had a nightmare IPL 2020. CSK is known for giving chances to unknown talented players.

Now, it looks like Afghanistan bowler Fazalhaq Farooqi is going to be another addition to their young bowler’s list. A video got viral on social media in which the left-arm pacer was seen troubling the likes of MS Dhoni, Suresh Raina, and Moeen Ali.

CSK suffered a big blow after Josh Hazelwood pulled out of the tournament. Afterward, there were reports that England bowler Reece Topley was approached by CSK. But England pacer denied taking part in IPL. Now, it looks like CSK has found an appropriate replacement for the Aussie pacer. Fazalhaq Farooqi was called by CSK as a net bowler. And, he might be picked by Chennai Super Kings in their squad. The Afghan bowler has picked 22 wickets in his 12 first-class games.

The pacer bowled some fine short balls against Suresh Raina and the latter failed to chip those deliveries for six over the fine leg. Meanwhile, he also tested MS Dhoni with wide-yorkers. Soon, the experienced former Indian cricketers found their rhythm and smashed Farooqi for boundaries and sixes.

New-recruitment Moeen Ali was welcomed with some fine line and length. The Afghanistan pacer looked quite good for the England all-rounder. But, Ali was lucky to middle a few deliveries while facing Fazalhaq Farooqi.

Chennai Super Kings have not announced a replacement for Josh Hazelwood and they might make an announcement ahead of their campaign opener. CSK, the three-time IPL winner will play their opening game against Delhi Capitals on April 10 at Wankhede Stadium in Mumbai.

Here Is The Clips