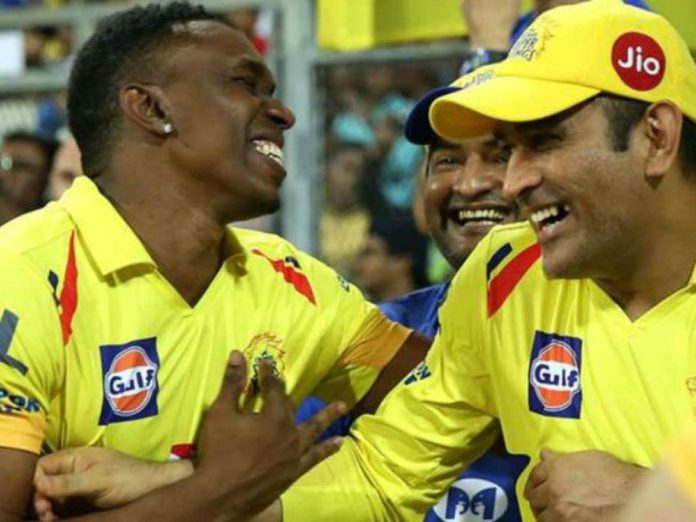 MS Dhoni-led Chennai Super Kings registered victory by a big margin of 91 runs. DC got all-out at a score of 117 runs in 17.4 overs. Devon Conway played a mammoth knock of 87 runs off 49 balls and won the Man of the Match award.

CSK bowling unit did fairly well in their department which helped to defending champions in registering an easy victory. Meanwhile, during the fielding, an instance happened that tickled the funny bone of the cricket fans. In the 17th over, Mahesh Theekshana bowled a good length delivery to Anrich Nortje and later smashed it towards the covers. In a brilliant effort, Dwayne Bravo saved the boundary. Afterward, he received praise from CSK skipper MS Dhoni in a hilarious fashion. Dhoni cheered Bravo by saying,” Well Done Old Man.”

Everyone Gets to see MS Dhoni’s funny side

Later on, Dwayne Bravo shed light on his conversation with MS Dhoni. The vetran cricketer asserted that it was a hattrick ball and he wanted to go for a single. He wanted to give strike to MS Dhoni on the final three deliveries.

“Well, for me it was a hat-trick ball. I wanted to make sure I got him on strike. I told him to hit boundaries, not push me for twos. I told him after the innings ‘MS, 3 balls to again (if such a situation comes again), let someone else go and run because I have to protect my hamstring’,” Bravo said after the match.

“But it felt good to be batting with a great. I thought it was a great professional team display. It started with Rutu and Conway. The way they set up the game with their batting ( was good) and then we finished off with the ball as well. Every game we play, we have to play like professionals and look to dominate,” he added.