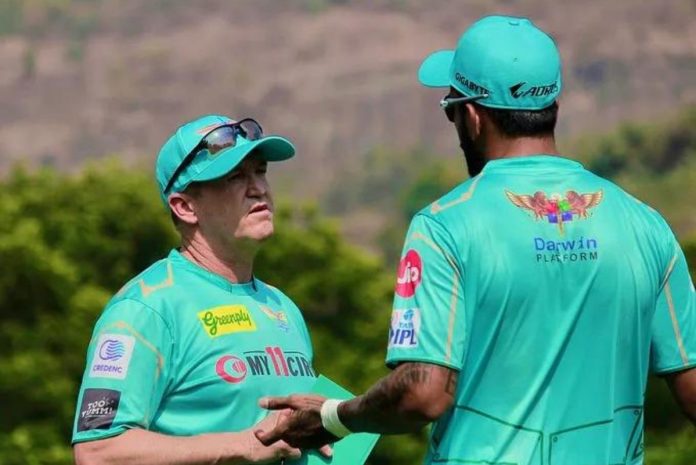 Bought for a whopping sum of INR 7,090 crores last year, the RPSG group-owned Lucknow Super Giants (LSG) is one of the two new teams in the IPL tournament this year. Also with the addition of two new franchises, the IPL craze will be on another level as a total of 10 teams is set to clash for the prestigious title.

While playing in their debut IPL season, the Lucknow Super Giants (LSG) did not have the best of starts as they conceded a disappointing 5-wicket loss at the hands of Gujarat Titans. The KL Rahul-led team will be eyeing to turn around their fortunes when they face the defending champions Chennai Super Kings (CSK) in their second match on March 31. The 7th match of IPL 2022 is scheduled to take place at the Brabourne Stadium in Mumbai.

In this article, we bring you the list of strongest predicted playing 11 for Lucknow Super Giants.

The LSG team management will be looking forward to an improved show from the top order including their skipper KL Rahul who got out for a golden duck on Monday. Hopefully, we see the KL Rahul of 2018, which was not only dangerous but also consistent. Whereas same was the case with Quinton de Kock who was dismissed at mere 7 runs.

LSG will see their middle order in the form of Evin Lewis, Manish Pandey, and Ayush Badoni. Evin Lewis is known for his destructive batting. He has a brilliant overall strike rate of 138.00 and scored 581 runs in just 21 games. While Manish will have an important anchor role to play at number 3. Badoni smashed a blistering knock of 54 runs off 41 balls in the last match and will retain his spot.

In Krunal and Deepak, they already get two more good bowling options. Deepak Hooda can also play the aggressors at number 4. The rise of Deepak Hooda to International cricket should give confidence to KL Rahul, the captain. Whereas we have seen some fine hard-hitting from Krunal Pandya during his tenure with Mumbai Indians.

Lucknow Super Giants have picked some star-striking bowlers for the IPL 2022. They successfully managed to retain Ravi Bishnoi, who finished as one of the stars for Punjab Kings in IPL 2021. Meanwhile, Avesh Khan is another top pick, who can play a key role with the ball for LSG. He finished as the leading wicket-taker from Delhi Capitals in the previous season.

Mohsin Khan looked ineffective in the last game and was used only for two overs. He might get replaced by someone like Ankit Rajpoot who is an experienced IPL bowler. There is still no clear news regarding the availability of Andrew Tye who came in as a replacement for the injured Mark Wood.

What a Catch: Pat Cummins grabs sensational catch to dismiss Azhar Ali leaves everyone in awe