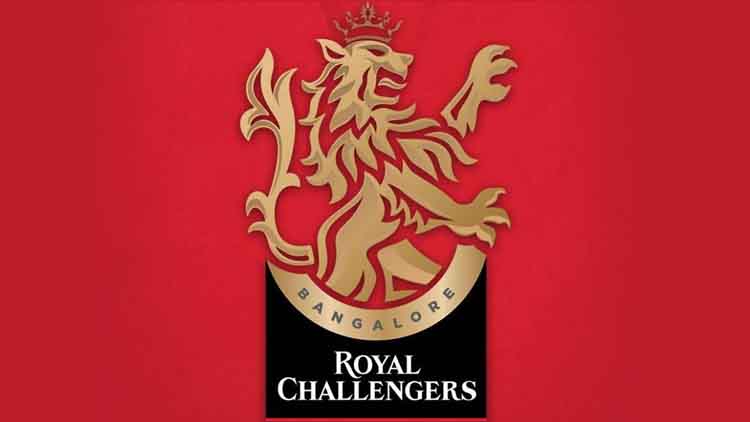 The Royal Challengers Bangalore (RCB) is a participating franchise T20 Cricket Team. RCB has its base in Bangalore, Karnataka and plays in the lucrative Indian Premier League (IPL).

The Team was founded by United Spirits in 2008 and named after Royal Challenge, the liquor brand of the franchise. The M. Chinnaswamy Stadium, Bangalore has been the home ground of the RCB since the first season of the IPL way back in 2008.

Royal Challengers Bangalore have never been able to win the IPL but ended up being runners-up for the three years between 2009 and 2016.

They have earned the tag of ‘underachievers’ owing to their lack of success for so long despite having some of the biggest names in the game.

The Team has the records of scoring both the highest and lowest totals in the history of IPL – 263/5 and 49 all-out, respectively.

The Board of Control for Cricket in India (BCCI), in September 2007 announced the formation of the Indian Premier League (IPL), a Twenty20 competition to begin in 2008.

The Teams participating in this league, based on the top 8 cities in India, including Bangalore, were put up for auction on 20 February 2008 in Mumbai. Vijay Mallya shelled out $111.6 million to purchase the Bangalore franchise.

The brand value of the Royal Challengers Bangalore was pegged to be around Rs.595 crore ($83 million) as of 2019. The survey was conducted by Duff and Phelps.

Vijay Mallya, the owner of the RCB, wanted to associate one of his company’s top-selling liquor brands – either Royal Challenge or McDowell’s No.1. The latter was selected and hence; the Team was named as Royal Challengers Bangalore.

The logo of the squad comprised the RC emblem in yellow on a circular red base with Royal Challengers Bangalore in black text in typical format neighboring logo in circular. The roaring Lion and RC crown emblem have extracted the logo of the Royal Challenge in original. No major changes took place in the logo’s design except for the replacement of the yellow color from 2009. The logo also contained a white circle surrounding the RC emblem. The Team also used the alternate logo for the Game for Green games with green plants dotting the logo and text Game for Green is put below the logo. The logo went into redesigning in 2016 with the addition of black being a secondary color. In the crest, Lion emblem got enlarged with the shield being omitted. For the 2020 season of the IPL, a new of the RCB has been divulged showcasing a bigger Lion featuring and even the crown being returned from the older logo. The RC emblem has been taken out for the crest.

The colors of the Team’s jersey in 2008 were golden yellow and red, and it is almost the same as the unofficial Kannada flag. It has the name of players printed in white with the numbers being scribed in black. Yellow was removed in next seasons of the IPL and gold replaced it. Blue was also unveiled as a tertiary color beginning in 2010. Over the seasons, the jersey of Royal Challengers Bangalore had gone through few changes with 2014 being exceptional when blue was picked over gold. The names of the players and their numbers started being written in gold. Gold’s more of a yellowing shade is in use as of 2015. Blue was abolished completely in 2016 and black being the third color was picked in two jersey variants. The one was used for home matches and other being for away games. Black was kept out, and shade between black and dark blue was introduced for the 2020 season. Reebok has been manufacturing the kits for the Team from 2008 until 2014. 2015 season saw Adidas supplying the same. From 2016 season onwards, Zeven has been designing the Team for RCB from 2016.

The 2008 season saw the theme song of the Royal Challengers Bangalore being ‘Jeetenge Hum Shaan Se’. 2009 season had the anthem of the Team titled ‘Game for More’. Amit Trivedi was the music composer, and Anshu Sharma was credited for the lyrics. ‘Here we go the Royal Challengers’ a novel anthem made its way in 2013 and was used till 2015. Salim-Sulaiman, the Bollywood composers came up with the ‘Play Bold’ anthem and had Sidharth Basrur on the vocals and saw its release in 2016 during the jersey’s launch for the year’s season. 2017 saw the re-composition of the same and being Anand Bhaskar in English, Kannada, Bengali, Telugu, Punjabi and Marathi.

For the introductory season of 2008, Katrina Kaif, the Bollywood actress, was brought in as the Team ambassador. But she gave up later due to her other work commitments. During the initial seasons, celebrities like Ramya, Deepika Padukone, Upendra, Puneeth Rajkumar and Ganesh have been associated with RCB. Shiva Rajkumar, the Kannada actor, was Royal Challengers Bangalore’s ambassador for the 11th season.

In the upcoming 13th season of the IPL 2020, the Royal Challengers Bangalore will look to break the stereotypes and leave aside the disappointments of previous seasons.

RCB had a decent outing in the IPL Auction 2020. The Team has added genuine power in its stride and has looked to resolve issues that were bothering them.

The side looks experienced and well-balanced. But the big thing is that this Virat Kohli-led Team had to get to perform from the word ‘Go.’

During the IPL Auction 2019 in Kolkata, the key purchase for the Team was that of Aaron Finch. The Australian ODI Captain, who had an amazing campaign in 2019, was picked at a high amount of Rs.4.5 crore. He looks to be the set player that will be looking at the quality opening spot. If Finch is able to go boom-boom, then RCB may leave aside its disappointing opening issues.

Another key pick for the RCB Team was that of Chris Morris. The side looked for a solid all-rounder and hence; they managed to rope in Morris at a price of Rs.10 crore. He carries a lot of IPL experience. On the other hand, Dale Steyn is already a leader if you look at its fast bowling. If he can stay away from injuries, then he can be a big motivator that the squad is looking for in the bowling unit.

Kane Richardson is available in the mix as an experienced T20 pacer. He can work together with Steyn to provide the Team with initial breakthroughs. Isuru Udana of Sri Lanka is another genuine fast bowling all-rounder that RCB can count on. He surely adds to the variety. Pavan Deshpande and Johsua Philippe are also brought in the Team.

RCB Has a Genuine Mix in Its Batting Ranks

Aaron Finch is looking set to open the batting with Parthiv Patel, and they are capable of opening the desired start. Finch, the batsman, will be what the RCB will be counting on, and a lot will depend for the Team how he performs. He is capable of hitting the ball from ball one and can also play the sheet anchor’s role when needed.

Devdutt Paddikal, the 19-year-old sensation has earned a lot of praise in the domestic circuit. Even he can be looked upon to open the innings with Finch and help Parthiv to come down the order.

At number 3 and 4, the Royal Challengers Bangalore has got the best that they have got – Captain Virat Kohli and AB de Villiers. Like always, RCB will be super dependent on these superstars in IPL 2020 for playing match-winning innings. They are a class apart and have been amazingly superb for RCB over the years.

Moeen Ali is another great and can empower his RCB side with the spin on offer too. Other two all-rounders that the Team can look up to are Shivam Dube and Pawan Negi. On the bench, Gurkeerat Mann is a powerful batting all-rounder that RCB can employ.

The Bowling Unit of RCB Looks Balanced In IPL 2020

Virat Kohli will be trusting Dale Steyn to deliver him crucial wickets in the beginning. His knowledge of the game will surely be influential. However, Kohli will need to manage his workload as he is prone to injuries, and any such concern will be a big blow to RCB.

Kane Richardson, on the other hand, can play his role wherever needed. Both these bowlers could be used on a rotational basis. Kane could be the key during the death overs, and Udana of Sri Lanka may also add something different in the mix. Chris Morris has the potential to be a pacer as well, and he may be tried in combination with Moeen Ali, and two may even be rotated.

The Indian pace group also looks decent with Navdeep Saini has already shown what he has got for the squad during the last season. He has also got the experience of playing in the Indian side.

Another pacer that should bring in a lot of experience is Umesh Yadav. On the other hand, Mohammad Siraj provides the Team with the desired depth. Shivam Dube can also be tried to pitch in medium pace and may be filling for 1-2 overs.

The spin attack of RCB has Yazuvendra Chahal, Pawan Negi and Washington Sundar. With the luxury of Moeen Ali, they may prove to be a nice mix for the Team. Shahbaz Ahamad of Bengal is also available to be tested given the need arises.

Every season of IPL has seen RCB having one of the best sides but yet it has not converted into title triumphs. The lack of consistency is what may be the weakest point of RCB yet again in IPL 2020. The over-dependence on Kohli and ABD has proved to be bad for the side, and all-rounders need to perk up big time.

This time, Morris is available as an all-rounder, and it will be interesting if he justifies his price tag! As discussed earlier, the injury-prone nature of Steyn could be another dampener. Udana and Richardson will need to play out of their skin, then.

RCB has a large Fan Base in India. They are a very popular Franchise, they have over 17 Million followers across all social media platforms combined.

Here is the list of players that we retained by RCB as well as players bought in the 2020 IPL Auction.

Our Verdict – RCB Needs to Be More Consistent in IPL 2020

The Virat Kohli-led side always had a bunch of world-class players, but the fans always have to bear the brunt of not seeing them finishing on the winning side. And 2020 is no different. With a balanced side, each of the Team members has got skills and talent. But what matters are the performances and their desire to win on a match day!

It is high time for Virat Kohli to be more proactive being the leader and players to provide their support to him. RCB can’t commit the mistake of relying again on ABD and Kohli, and it is high time others step up. If RCB is able to win matches, then they look like a champion Team on the paper, can do well and steal a Play-Off spot. Nonetheless, Royal Challengers Bangalore has been a mysterious Team, and you can’t say what will happen on a match day. It would be interesting to see how RCB pans out plans this time to win their maiden IPL trophy!