RCB vs KXIP Head To Head Records in IPL History

Indian Premier League 2021 is all set to begin from April 9 with the tournament opener slated to be played between Mumbai Indians and Royal Challengers Bangalore. The former will come out with a reputation of defending champions and the latter will look to open their campaign with a scintillating win over the defending champions. We are here to give you an overview of MI vs RCB Head To Head Record in Indian Premier League history.

Mumbai Indians have kept their core squad intact with some new faces coming in the squad for the 14th edition. Rohit Sharma and Quinton de Kock will open the innings for MI. Also, Mumbai Indians might try a new set of opening pairs of Quinton de Kock and Suryakumar Yadav. In middle-order, they have the likes of Kieron Pollard, Ishan Kishan, Hardik Pandy, and Krunal Pandya that give enough liberty to the openers to play at their very best.

In bowling Jasprit Bumrah will be once again seen leading the attack with Hardik Pandya and Trent Boult. On the other hand their spin department also looks very stable in the presence of Krunal Pandya and Rahul Chahar. There is no doubt about the fact that MI have a formidable line-up that can outclass any side on any given day. In IPL 2021, they will look to get off the mark against Royal Challengers Bangalore.

RCB will be relying a lot on AB de Villiers, Glenn Maxwell and Virat Kohli from the very first game. The Bangalore based franchise suffered a big blow as their young opener Devdutt Padikkal was recently tested Covid-19 positive. This year they have added more firepower in their bowling by picking Kiwi pacer Kyle Jamieson at whopping price. On the other hand, Yuzvendra Chahal will be once again leading the spin-bowling department of Royal Challengers Bangalore.

Let’s see if RCB can outclass MI in the tournament opener or not. Before that, we will give a brief detail on how these two teams performed against each other in the previous edition and the top player that can turn things around in the match.

In the previous season, Mumbai Indians lifted the IPL trophy for the 5th time. But, they got off to a bad start against RCB in 2020. They lost the first game against Challengers in a crucial super-over game in which Virat Kohli guided his side to a win by scoring a boundary against Jasprit Bumrah. Coming to the second face-off, MI easily outclassed RCB by a margin of 5 wickets in an average scoring affair. Let’s have a look at the overall record MI vs RCB

Top Batsman With Most Runs in MI vs RCB

Virat Kohli likes to face Mumbai Indians in Indian Premier League. He has done an exceptional job with the bat against the defending champions. The Royal Challengers Bangalore skipper has amassed 695 runs against Mumbai Indians. Second to him is AB de Villiers, who has mustered 634 runs with his willow. It will be interesting to watch if Virat Kohli can click a good knock and add more runs to his tally against the defending champions.

Top Bowler With Most Wickets overall games between MI vs RCB

Harbhajan Singh has the best record whenever these two teams have come face to face in IPL. However, he will be plying his traits for Kolkata Knight Riders in the upcoming season. Second to him is Yuzvendra Chahal, who has been handling the spin bowling department of Royal Challengers Bangalore since long. He has taken 22 wickets against MI and is the leading wicket-taker between the two teams as far as face-off is concerned. 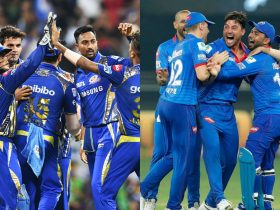 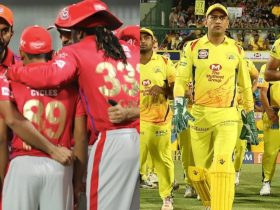 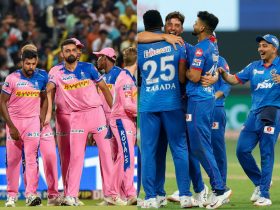 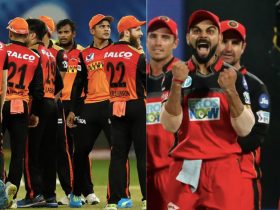