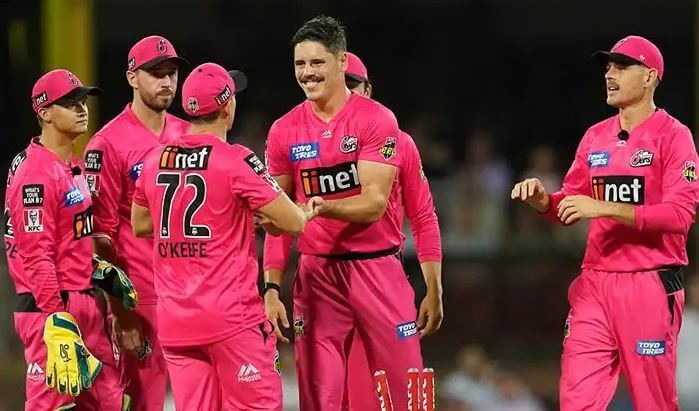 Big Bash League 2020-21 got off the mark with the game between Hobart Hurricanes and Sydney Sixers. The Australian T20 tournament has always hogged the spotlight with its quality players and performances. And, the standard of fielding is always very high due to the presence of Aussie players. But, what happened in BBL 10 game opener was simply incredible. Sixers fielder Jordan Silk saved a certain six with his acrobatic fielding that left spectators in awe.

Sixers won the toss and invited Hurricanes to bat first. On a bowling friendly wicket, visitors got off the mark with a bang. Their bowlers sent both the openers back to the pavilion without scoring a single run in the game. And, the hosts were set on the back foot from the very first over of the game. Ben Dwarshuis and Ben Manenti were the bowlers from Sixers to give early setbacks to the hosts.

The bowling from visitors was of utmost top-level and their fielders also complemented with their amazing fielding skills. In the 16th over of the innings, Tim David was on the strike against spinner Steve OKeefe. The right-handed batsman had no option but to take the charge in order to maintain the run-rate. So, he went for a maximum over the long-off. The ball was well on the radar of going for six. But, Jordan Silk, who was standing in the deep region had some other plans.

Silk took a long jump towards his right and threw the ball into the game before touching the rope. The fielder looked no less than superman while saving 5 important runs for his team with his magical fielding. The spectators in the stands also gave applauds for his brilliant effort.