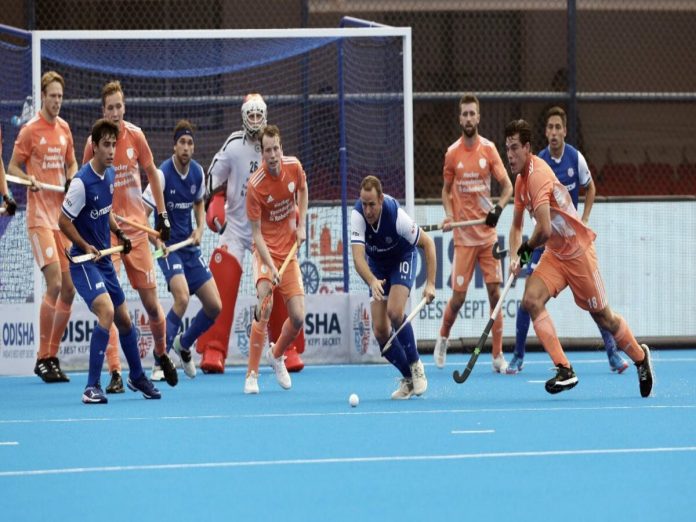 The Netherlands, a three-time winner, overcame Chile by a score of a record-breaking 14-0 to advance as the first team to the FIH Men’s Hockey World Cup quarterfinals. The Netherlands won three games in a row to finish first in Pool C with a maximum score of nine points.

On Thursday, the Netherlands broke Australia’s record for the most goals scored by a team in a single FIH Men’s Hockey World Cup game.

At the Kalinga Stadium in Bhubaneswar, the three-time champion Netherlands defeated Chile with a goal in the 48th minute to surpass Australia’s 12-0 victory over South Africa from the previous tournament. Ultimately, the Dutch team defeated their opponent 14-0.