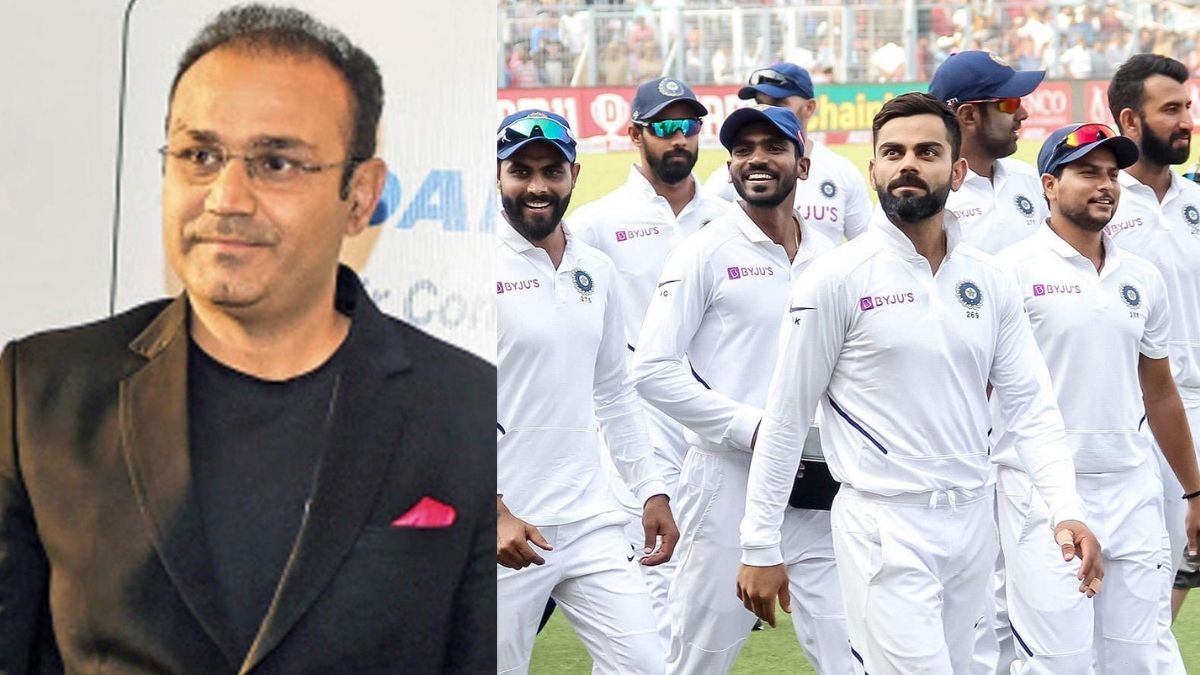 India scripts history at Lords Cricket Ground by defeating England in a dramatic fashion. The visitors registered a stupendous victory by a margin of 151 runs and social media was flooded with posts congratulating Team India. The cricketing fraternity also shared a heartwarming post through their official handle. Meanwhile, the former Indian opener Virender Sehwag shared a meme taking a hilarious dig on Australia and England.

The match took a dramatic turn after Mohammed Shami and Jasprit Bumrah stitched a remarkable partnership of 91 runs for the 9th wicket. Meanwhile, the spectators in the stadium got to witness some heating moments between England bowlers and Indian batsmen on the field. In the end, India gave a target of 272 runs to England to chase.

It looked like England will easily chase the target but that was not the case. Indian pace attack dismissed hosts at a low score of 120 runs. Mohammed Siraj took a four-wicket haul, Japsrit Bumrah grabbed three wickets, Ishant Sharma dismissed two batsmen and Mohammed Shami took one important wicket for Team India.

Post-match social media was flooded with posts from the fans congratulating Team India on scripting history at Lords Cricket Ground. Later on, Virender Sehwag, the former Indian opener also joined the bandwagon in a hilarious fashion. He took to his official Twitter handle and shared a meme that said, “Aussies to England 🙂 What a year for Test match Cricket. Sydney, Gabba, and Lords within a span of 8 months. Doesn’t get better. Still feeling the joy of all these victories.”