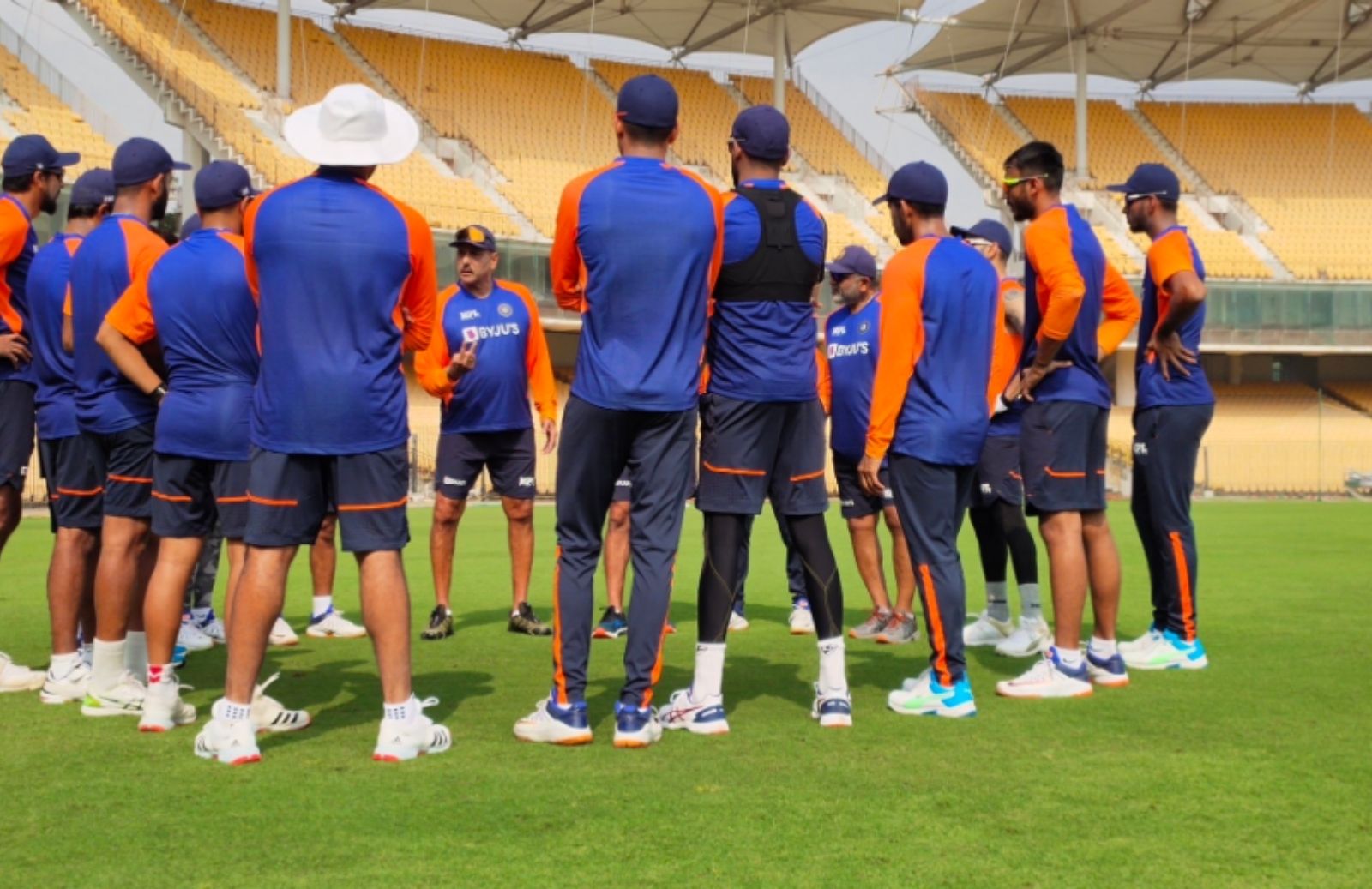 India is all set to lock horns with England in the upcoming Test series. The longer format series will begin on February 5, 2021. In the post coronavirus era, all the players have been tested negative and they have taken the field to gear up for the important series against three lions.

Team India recently returned from a historic tour of Australia, They defeated the baggy green side in T20I and Test series respectively. And, the biggest achievement of all was their Border-Gavaskar series victory. The team’s confidence will be held high as they performed brilliantly in the absence of their star player Virat Kohli and every other frontline bowler.

Also Read: Rishabh Pant Plays In A Certain Fashion And You Don’t Want To Disturb That: Ajinkya Rahane

Team India Tested Negative, Begins With Their Practice Session Ahead Of 1st Test

The Indian side was led to glory by stand-in skipper Ajinkya Rahane. And, young players like Mohammed Siraj, Washington Sundar, Shardul Thakur, and Rishabh Pant stepped forward to shock the Australian side. At the beginning of the Border-Gavaskar series, no one had expected that Team India will defeat the hosts in the absence of their main players.

Now, their next assignment is to host England across all the formats. Before that, there is good news for every Indian cricket fan that all the players on the side were tested negative. The RT PCR Tests were done daily and all the individuals have passed the tests with negative reports.

BCCI took to their official Twitter handle and shared a post that read, “Day 1 of our nets session in Chennai and it is Head Coach @RaviShastriOfc who welcomes the group with a rousing address. #TeamIndia #INDvsENG,” tweeted BCCI.

In the post, BCCI attached a still in which head coach Ravi Shastri can be seen welcoming every player back in the nets.

Meanwhile, the England cricket board also announced that all the players from their troop were tested negative and they are now ready to come out of quarantine in order to practice in a group for the first time.

“England PCR Test Results – 1 February 2021. All PCR tests from yesterday’s test have returned negative results. The England party is now out of quarantine and will train for the first time as a full group at the stadium tomorrow afternoon 2 pm-5 pm (IST),” said England and Wales Cricket Board (ECB) media team on Monday.