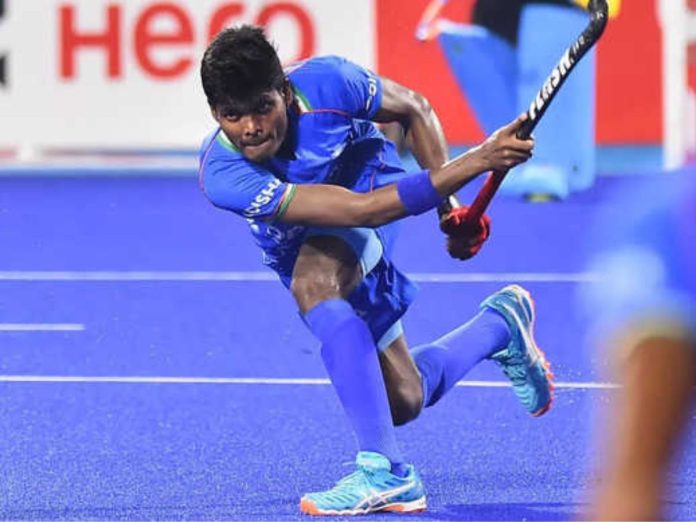 Indian sports is a cesspool of stories of people who come from humble backgrounds. While cricket is one of the most celebrated sports in India and the cricketers enjoy a lavish lifestyle, the same does not hold true for some other sports. Today, we will be sharing the story of Nilam Sanjeep Xess, who is a defender of the Indian hockey team, which is presently playing in the FIH Hockey Men’s World Cup 2023.

In the Sundargarh district of Odisha, there is a village called Kadobahal. The village has now hogged the limelight after Nilam Sandeep Xess who hails from it, played in the India vs Spain game in the ongoing FIH Hockey Men’s World Cup 2023.

Nilam’s family lives in abject poverty. For 19 straight years, the 24-year-old defender lived in darkness. There was no electricity or gas connection to Nilam’s village. Nilam fought through all the odds and emerged as a hero for his village.

Nilam’ father Bipin Xess is extremely happy and delighted for his son’s success and said his son used to practice the sport using “bamboo sticks”.

“We are very proud that our son is going to represent the country. During his childhood days, Nilam practised hockey with his elder brother and friends using bamboo sticks and balls made from torn clothes,” said Bipin Xess to news agency ANI.

“We have not got any help from the government yet. We have no option but to live in the kutcha (mud) house. When our son comes home during breaks, he also stays in this kutcha house. We will be grateful if the government provides us with a pucca house under any scheme,” he added.

We all hope that Sanjeep’s success propels the Odisha government to help the poverty-stricken family and also the village. Just like Kadobahal, there are several villages in India that lack the basic amenities like water, electricity and gas. In the coming years, we hope that heroes like Nilam Sanjeep Xess emerge out and their villages and families get a lot of recognition.