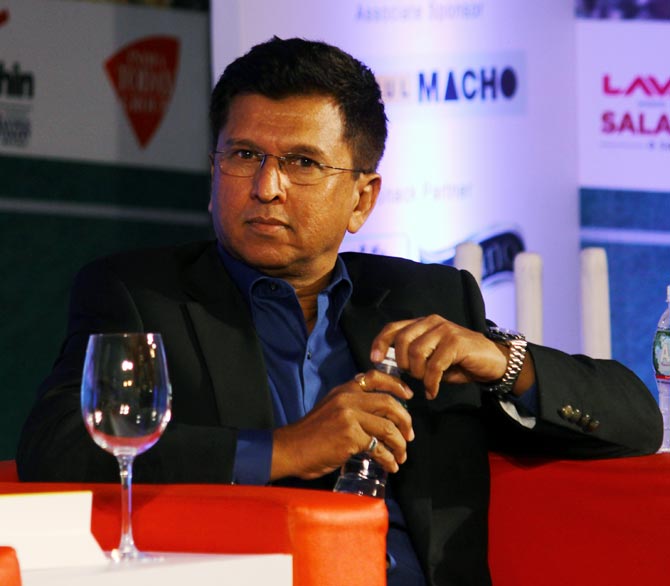 MS Dhoni, a name that changed the dynamics of Indian cricket. He came and ruled international cricket with his brilliant leadership qualities and batting. The former player did achieve everything that no other did in the long history of international cricket. He led Team India to triumph in T20 World Cup, 50-over World Cup, and ICC Champions Trophy. He is the only captain on the planet to do so. But, it took enough time for him to attract the sight of the Indian selectors. And Kiran More has accepted that fact and said that MS Dhoni was a full package although there were other players on the side like Virender Sehwag, Harbhajan Singh, and others.

The 39-year-old bid adieu to all forms of cricket back on August 15. It was a shocking decision for every ardent follower of cricket. He played 90 Tests, 350 ODIs, and 98 T20Is and scored more than 16000 international runs. He was known for his calm and composed nature on the field. It was a rare sight to watch the former player get angry on the field and he always tried to stay away from the controversies as well.

Kiran More in a podcast said that Team India was struggling with a specialist wicketkeeper-batsman back in 2004. Although there were names of Parthiv Patel and Dinesh Karthik taking rounds at that time. But selectors wanted a player, who can smash the ball for big sixes and boundaries. He added that the board wanted to decrease the workload of Rahul Dravid, who was the wicketkeeper at that time.

“Rahul Dravid had already kept in 75 One-day Internationals, so we were looking for a wicketkeeper-batsman who could whack the ball and we could give Rahul a respite,” he said while speaking to WV Raman on his podcast ‘Inside Out.’

Ahead of the Bangladesh tour in 2004, MS Dhoni’s name was also in the spotlight. He had performed excellently well for India A on a tour to Kenya. And, this lead the selection panel to pick a 39-year-old on the national side.

“There was surely something special about the way he approached the game. We picked him for India A to Kenya, where he had a good tour and scored over 600 runs. We already had players like Sehwag, Yuvraj Singh but when Dhoni came, he was a complete package and took the Indian cricket by storm,” More further added.