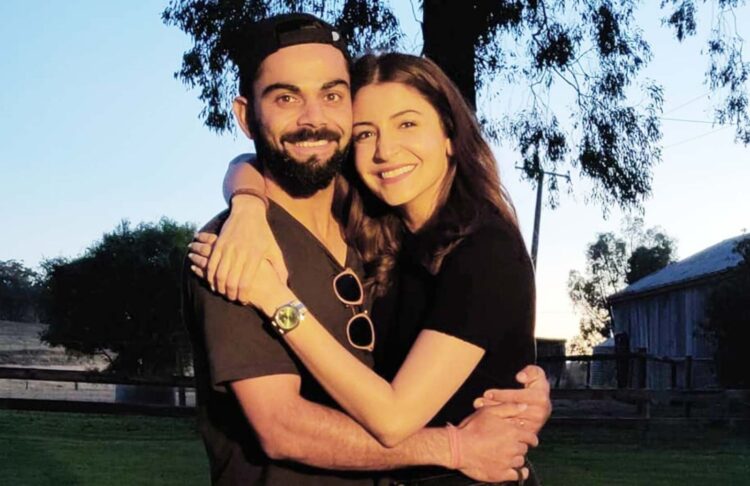 Anushka Sharma, the Bollywood actress revealed the name of her first daughter on Monday. Now, Virat Kohli, the Indian skipper has given his heartwarming reaction over the same. The Indian skipper is currently quarantined with other players in Chennai. Soon, he will hit the nets and will begin with the preparations for the upcoming Test series against England that will begin on February 9.

On January 11, Virat Kohli’s wife Anushka Sharma gave birth to their first child. And, they named her Vanamika. The Indian skipper will remember that date for a long time as India managed a close draw in Sydney followed by the birth of his first child.

Kohli last appeared in the national jersey against Australia in pink-ball Test that took place in Adelaide. And, the visitors lost that game by a big margin of 8 wickets. After the Border-Gavaskar series opener, Kohli left for India in order to stay with his wife Anushka Sharma for the birth of their first child. And, Kohli became a proud father on January 11.

On Monday, Anushka Sharma took to her official Instagram handle and shared a still with her daughter and husband Virat Kohli. She gave a heart-winning caption to the same that read, “We have lived together with love, presence, and gratitude as a way of life but this little one Vamika has taken it to a whole new level! Tears, laughter, worry, bliss – emotions that have been experienced in a span of minutes sometimes! Sleep is elusive but our hearts are SO full. Thanking you all for your wishes, prayers, and good energy.”

As soon as Virat Kohli, who is currently under quarantine in Chennai, gave a heartwarming reaction to the same. He took to his official Instagram handle and shared a post that read, “My Whole World In One Frame.”