“Other 10 Were Drinking Lassi?”: Harbhajan on MS Dhoni Getting All the Credit for 2011 World Cup Win 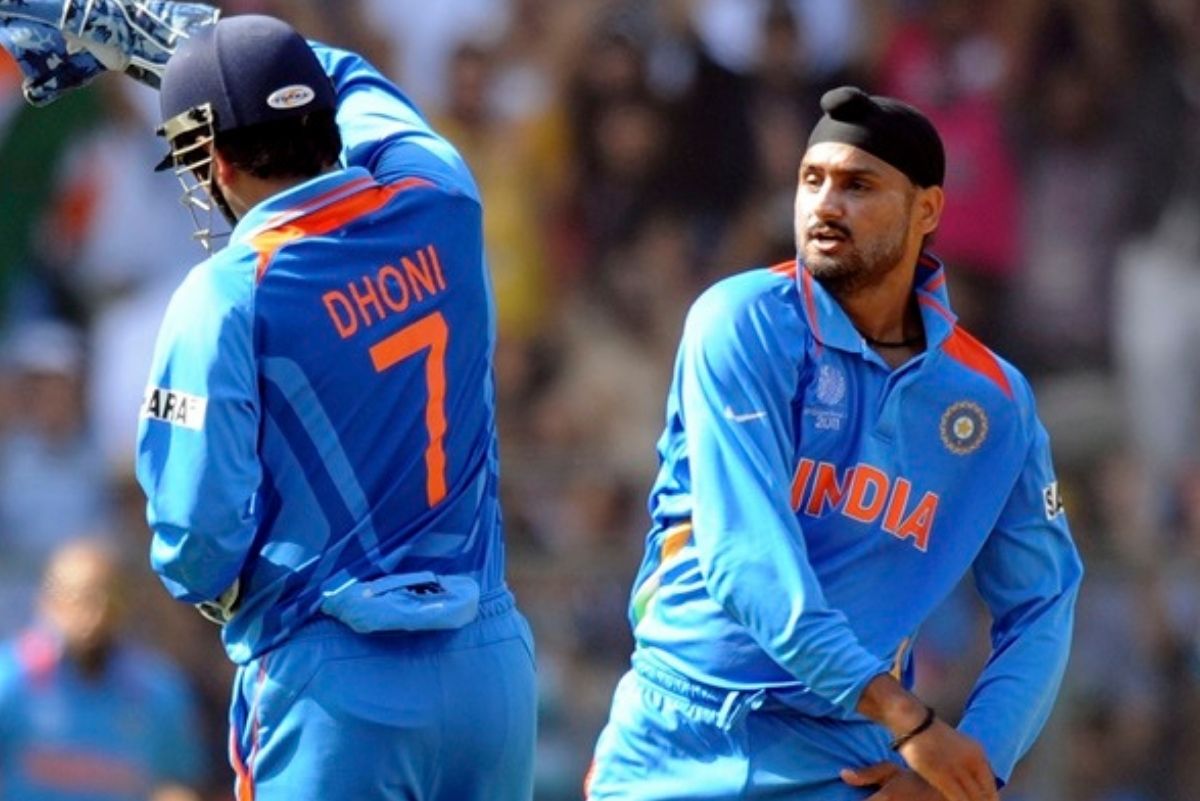 Mahendra Singh Dhoni’s World Cup-winning six is still one of the fondest memory in the hearts of cricket fans. And, his name was all over the media when Men in Blue lifted the 2011 World Cup after 28 long years. Recently, Harbhajan Singh got involved in a cheeky conversation on a live show with Mohammad Kaif and said that it was the team’s effort that Team India managed to lift the title but not just one player got them over the line.

India won the first World Cup trophy back in 1983 under Kapil Dev’s captaincy. However, it took 28 years for them in getting their hands on the prestigious title for the second time. MS Dhoni became the second Indian skipper in history to do so.

The Indian captain at that time played a match-winning knock of unbeaten 91 runs that turned the game in favor of Team India. Meanwhile, Gautam Gambhir, who is known as the Man of finals, smashed 96 runs in order to help Team India chase a record total in the World Cup final at that time.

During a live chat show on StarSports, Mohammad Kaif gave credit to Shreyas Iyer for leading Delhi Capitals to victory. But, the statement didn’t go down well with the former Indian off-spinner Harbhajan Singh.

The former KKR cricketer said that these sort of statements are only given in India. As per him, India won the World Cup 2011 due to the commendable efforts of all the players and not just MS Dhoni. However, still, at that time, everyone was speaking that they won the mega-event due to skipper MS Dhoni.

He even raised the question asking, “Were the rest of the players playing gulli-danda?” before bringing out the example of Dhoni getting the credit for the 2011 World Cup triumph.

Coming onto the match, DC managed a mammoth total of 215 runs against KKR. But, the latter managed only 171 runs with two balls to spare in the game.