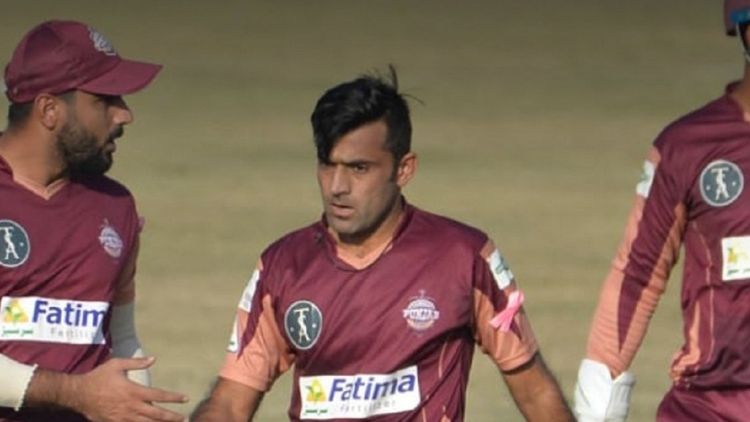 Virat Kohli and Steve Smith are reckoned as the best batsmen in modern-day cricket. And every bowler dreams to the wickets of the aforementioned superstars. But, it is not as easy as it looks. Meanwhile, Zahid Mahmood has raised an alarming call for Smith and Kohli. The 32-year-old pacer wishes to take wickets of the superstars whenever he will bowl against them in the future.

Zahid Mahmood has hogged the spotlight with his impeccable pace bowling in the ongoing Quaid-e-Azam Trophy 2020. He has bagged 32 wickets in 6 appearances at an average of 21.25 while playing for Southern Pakistan. The batsmen have no answers but to play with a defensive approach against a talented bowler. He recently dismissed Pakistan skipper Babar Azam with a peach of a delivery. And, after taking the wicket of Pakistan international, Zaahir Mahmood is currently on cloud nine.

In an interview, Zahid said that he admires the likes of Steve Smith and Virat Kohli. He revealed his wish to dismiss Virat Kohli and Steve Smith if gets a chance to play against them in whichever format.

“I admire Steve Smith and Virat Kohli as batsmen and my wish is to bowl to them. Whenever I will get the opportunity to bowl [to Virat Kohli], I will give my 100 percent,” Zahid told Cricket Pakistan.

Earlier, he had praised his skipper Babar Azam’s batting ability. He asserted that the right-handed batsman has a long-range of strokes in his armory. And, he can play any stroke at any point. This makes him one of the elite batsmen of modern-day cricket.

“He is a star and there is a clear difference between Babar and other batsmen. It is not easy to bowl against him because he can play any shot at any time,” Zahid told

Babar Azam’s latest assignment is to lead Pakistan in the three-match T20I series against New Zealand starting on December 18. Afterward, they will be involved in the two-match Test series scheduled to be played in Mount Maunganui and Hagley Oval respectively.