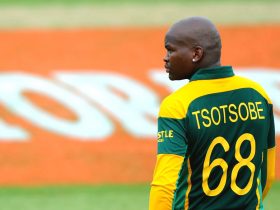 ‘My mother was kicked out of the presidential suite,’- Lonwabo Tsotsobe on racism within South African cricket

Junaid Khan has claimed that the players in Pakistan’s national side get a long run if they have a good relationship with the skipper and team management. Otherwise, players fear that they will lose their place to any less deserving candidate.

Junaid Khan donned national jersey in 22 Tests,76 ODIs and 9 T20Is and grabbed 189 international wickets. But, currently, the 31-year-old has been dropped from the national side and he is trying hard in the domestic cricket in order to regain his place.

In an interview, Junaid Khan said that a player needs to be on good term with the skipper in order to get a longer rope in the national side and vice-versa.

” It is like if you are on good terms with the captain and team management then you will probably get a proper run in all formats to prove your worth. If you don’t have close relations with them then you are in and out.” Junaid Khan said as quoted by CricketPakistan.com.

The pacer asserted that he was part of the national side across all the formats. As per him, he used constantly ask for rest. But, he never got approval from the management. In the end, he was disliked by others in the management

“I used to be part of the national team in all three formats. I used to ask for rest but I wasn’t given rest. Then came a time when I got in the bad books and was being ignored due to likes and dislikes. I was performing but was not being given a proper chance. I just got into the bad books of selectors that is all.” he said.

Junaid Khan also talked about the situation of Shaheen Afridi. He mentioned that the pacer needs rest and management needs to take care of the left-arm pacer.

“Shaheen definitely needs rest. The management needs to make sure he doesn’t bowl a lot during the net sessions. Shaheen probably doesn’t want to rest himself because he might have fear of losing his place to a youngster, who might perform in his place.

“He must be thinking they might drop him from one format if he doesn’t perform in a few matches,” he added.

“I am regularly playing domestic cricket and I believe if the selection is done justly I should be in consideration.” Junaid Khan concluded his interview.