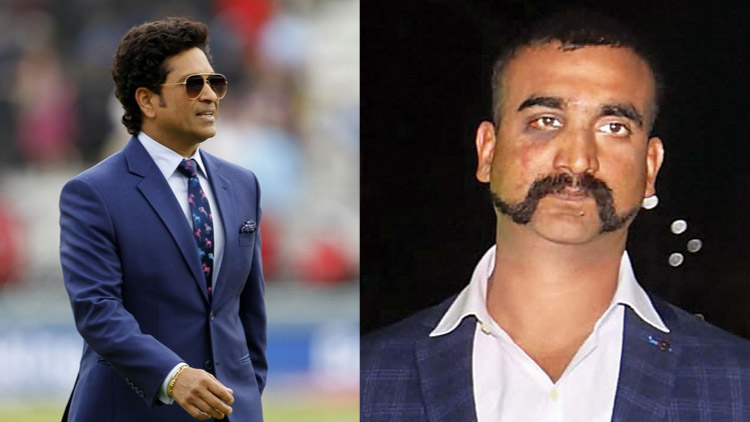 Every year on 8th October, Indians celebrates Air Force Day but, in this year, it became more memorable because Sachin Tendulkar was present in Hindson Air Base in Uttar Pradesh’s Ghaziabad to be a part of the celebration of 87th anniversary of the Indian Air Force.

Sachin is still a legend in the Indian history. Even outside India, he is still considered as an iconic cricketer. Indian fans claimed him with the name ‘God of Cricket’. He has achieved a lot of success and there might be only few records where his name is not listed.

Six years has passed since his retirement but still in Indian Cricket history no one is even closer to the record set by this former Indian Opener in the Indian Sports. Sachin is still the only cricketer who holds the record for milestone of 18,000 runs in ODIs and doing most centuries in international cricket. Sachin has served the Indian Cricket for 24 years and even after his retirement he has been amazingly handling the post of honorary Group Captain on Indian Air Force.

Sachin has shared his feelings after watching Abhinandan fly MiG-21

Wing Commander #AbhinandanVarthaman leading the flying parade in the MiG-21 Bison at the 87th Anniversary of the @IAF_MCC!
His spirit and courage is an inspiration to all of us. Had goosebumps seeing him lead the parade today.#AFDay19 pic.twitter.com/FZOU0CHueS

After the incidence of the war against Pakistan where Abhinandan alone had shot down Pakistan’s F-16 and due to some emergency, he had to land across the Line of Control in Pakistan but he was returned to India after 60 hours of investigation by the Pakistan Force due to severe pressure from Indian government on 1st March 2019, Abhinandan became the hero of India.

Sachin became the first sportsperson in Indian History to be awarded with the post of honorary Group of Captain of the Indian Air Force. He attended this auspicious occasion with his wife Anjali.