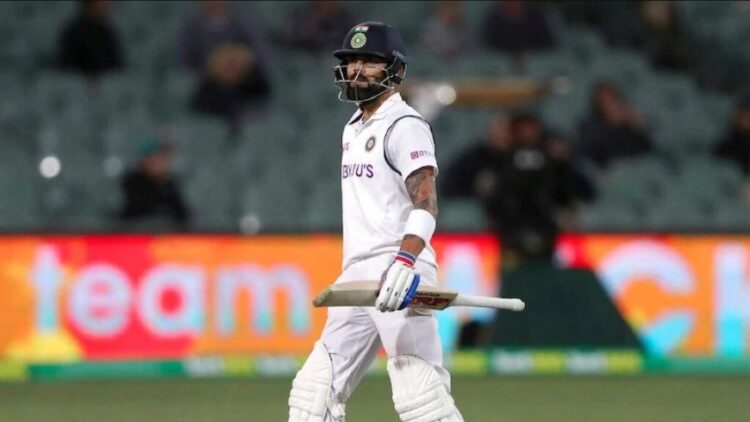 Virat Kohli will finish the year 2020 without an international hundred after he was dismissed in the 2nd innings of the Adelaide Test. The Indian skipper will be traveling back to India after 1st Test and there is no chance of him getting a hundred in the ongoing year. This is going to be one of the years that the 32-year-old will surely want to forget with nothing going in his favor.

This is going to be the first year since 2008 that Kohli will end his year with no international ton. He played 9 ODIs, 3 Test, and 10 T20Is. Although, this year was impacted by a coronavirus. But, still one of the best batsmen of modern-day cricket had enough chances to score at least one hundred in 2020. He will finish the year with a best of 89 runs.

Virat Kohli Nightmare In 2020 Continues, Will Finish The Year With No International Hundred

In the ongoing Adelaide Test, Kohli had a chance of scoring his first century of the year. But, courtesy to Ajinkya Rahane, who misjudged call for a run left the Indian skipper stranded and the latter got run-out. Undoubtedly, this is one of the worse years for Virat Kohli as a skipper as well.

He lost five ODIs in a row and became the only skipper after Sunil Gavaskar (1981) to lose five ODIs on a trot. The Indian batsman will travel back to India in order to stay with his wife for the birth of his first child. The visitors started their day-2 in Adelaide at a score of 9 runs for a loss of 1 wicket and they were soon dismissed at a score of 36 runs.

The fans have gone berserk on the social media platform and criticized Indian batsmen at the helm. December 19 is going to be a date that every Indian cricket fan will want to forget as India registers their lowest total in the history of Test cricket. Now, the tourists are on the verge of losing the game and bowlers are nothing much left to defend the heavy-duty batting line-up of the hosts.