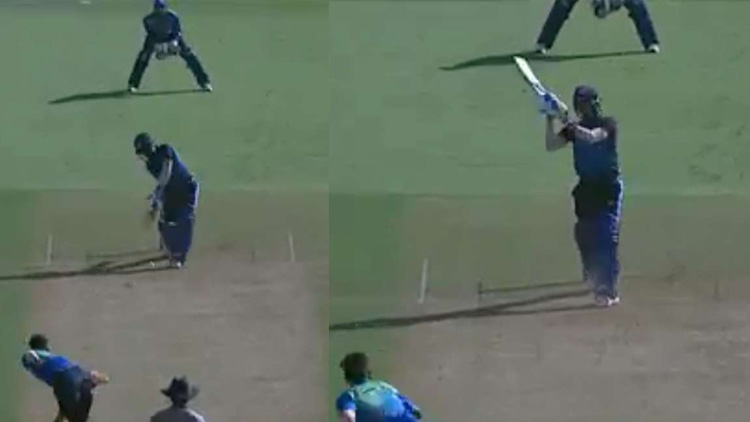 Syed Mushtaq Ali 2021 is in full swing and approaching its business end. On Wednesday, Haryana and Baroda were involved in a thrilling quarter-final that was won by the latter by 8 wickets. Courtesy with Vishnu Solanki, who pulled off an MS Dhoni match-finishing style. He smashed 15 runs off 3 balls that helped Baroda in qualifying for the semi-final. Now, they will face Punjab at Sardar Patel Stadium in Ahmedabad.

Baroda won the toss and elected to field first. Punjab got off to a bad start as they lost both their openers within the first five overs. But the 80-run partnership between H Rana and Shivam Chauhan brought Haryana back into the match. Later on, Sumit Kumar also played a vital knock of 20 runs and Haryana managed a respectable total of 148 runs in stipulated 20 overs.

Coming onto the chase, Baroda got to a steady start and openers managed 33 runs for the first wicket. Later on, Vishnu Solanki and Abhimanyu Rajput did the rest. However, it was not a cake walk for the Baroda batting unit to chase the target. In the final over, Baroda required 18 runs to chase and scored only three runs on the first three-deliveries.

With 15-runs required of the final three balls, Baroda was hopeful of a miracle and the same happened. Vishnu Solanki, who got settled on the wicket smashed Amit Kumar for 15-runs in order to pull-off a scintillating victory against Harayana in Quarter-final.

Solanki went for a big six on the fourth delivery followed by a boundary on the penultimate ball. In the end, the right-handed batsman brought out a helicopter stroke from his armoury. He took a step forward and delivered full-length delivery into the stands.

There is no doubt over the fact that it was a remarkable finish by the youngster that was quite similar to MS Dhoni’s style. And, it will be remembered for a long time. Solanki scored an unbeaten knock of 71 runs off 46 balls studded with four boundaries and five sixes.