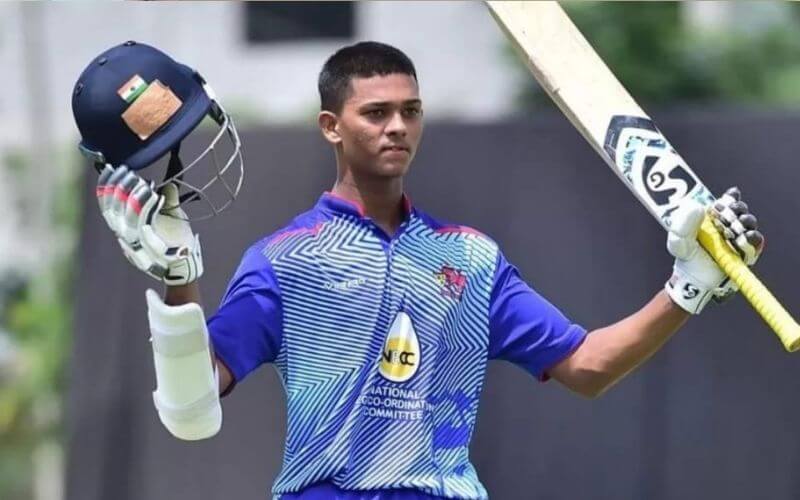 Indian domestic cricket tournament Syed Mushtaq Ali Trophy 2021 is in full swing and players are trying their best to perform well in order to make their name. In sports, like cricket, the fans always get to watch jaw-dropping battles between the players. One of the same instances happened in a game between Kerala’s senior pacer S Sreesanth and young batsman Yashaswi Jaiswal.

Yashaswi Jaiswal is reckoned as one of the most talented youngsters in the country. On the other hand, Sreesanth has donned a national jersey in Tests, ODIs and T20Is. He is returning to professional cricket after a long span of seven years. He looks well in top form with the ball. In the first game, he recorded decent bowling figures and grabbed one wicket with the help of a beautiful delivery.

Yashaswi Jaiswal vs Sreesanth- A Crazy Battle To Watch

But, the Mumbai game didn’t go well for the senior pacer. He gave away 47 runs in his spell. It all started in the third over of Sreesanth. The 37-year-old bowled a beautiful short-pitched delivery against Yashaswi Jaiswal. And, the latter stepped down the ground to smash it for a six. But, he failed in getting his connection. Sreesanth being original Sreesanth then sledged youngster and said some words to the 19-year-old. The latter didn’t utter a single word and let his bat do the talking.

On the very next delivery, he once again stepped out of his batting crease and went for a big six. He didn’t stop and went for second consecutive six off Sreesanth. It was the highlight of the game that took fans to go crazy.

The defending champions managed a big score of 196 runs at a loss of seven wickets. Yashaswi Jaiswal and Aditya Tare played convincing knocks that helped Mumbai in posting a total of 196 runs. The former scored 40 runs off 32 balls and latter managed 42 runs with the willow.

Other batsmen in the line-up like Suryakumar Yadav, Siddhesh Lad, and Sarfaraz Khan also contributed well. Although, the total was quite big. But, Kerala’s batting line-up made it look timid. They chased down the total in 15.5 overs. Mohammed Azharuddeen played a blissfully knock of 137 runs off 54 balls. He was well supported by other batters in the side like Robbie Uthappa and Sanju Samson.