WATCH: “You Are So Thin” Suryakumar Yadav Hilariously Trolls Yuzvendra Chahal For Being Skinny 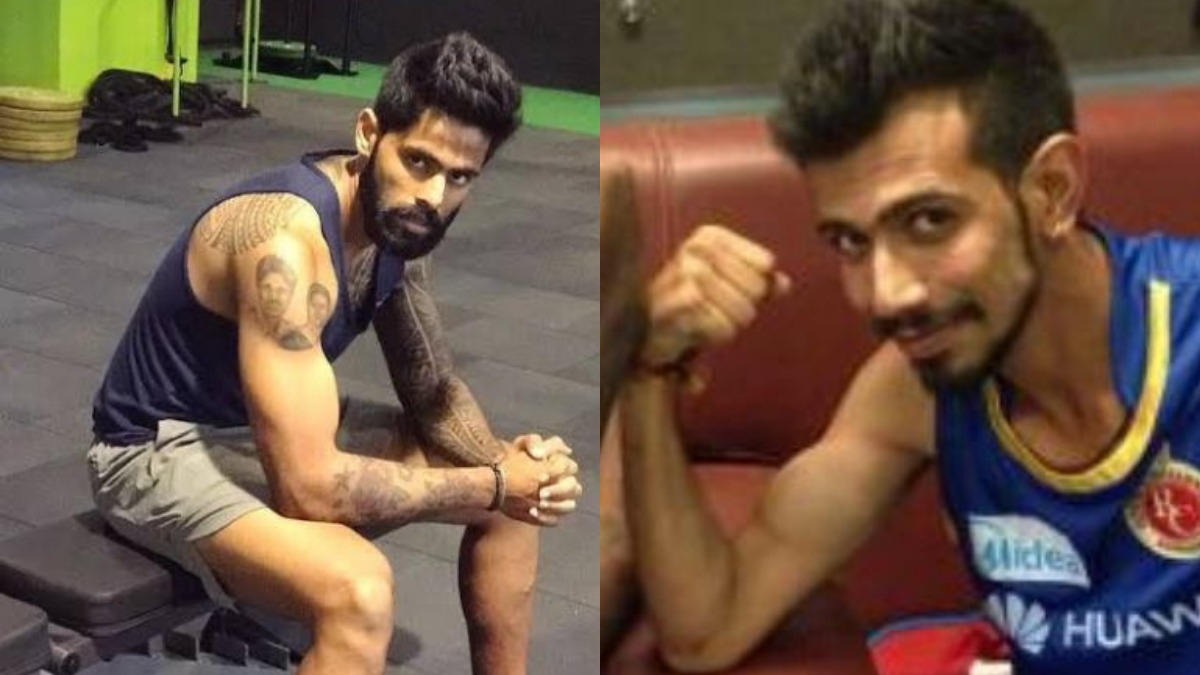 Yuzvendra Chahal, the Indian spinner is like a bunny for almost every player in Team India. He is quite often trolled for his skinny physique in the past. Now, Suryakumar Yadav has taken trolling to the next level in a recent live session on social media.

Suryakumar Yadav made his international debut against England in three-match T20I series. The right-handed batsman was in line to make his debut in international cricket for a long. However, it took a long for the national selectors to pick him on the national side.

The Mumbai-born batsman announced his arrival in international cricket with a bang. In the debut game, Suryakumar Yadav stepped into the ground after the dismissal of Indian opener Rohit Sharma with England in a prime position to win the game. But, Sky cleared his intentions from the very first ball.

He slammed the first six off Jofra Archer’s short ball that forced all the players in the dressing room to give a standing ovation to the talented batsman. It is never an easy task for any batsman to smash a six against one of the quickest bowlers in international cricket on the first ball of the debut game. Yet, Yadav managed to pull off an audacious stroke.

Recently, he was involved in a freewheeling conversation with one of the presenters. During the live session, RCB bowler Yuzvendra Chahal entered the conversation and asked Suryakumar Yadav when he is going to gift him a bat.

To which, Indian batsman said that the spinner is asking for a bat for long. But, he is not sure if he can pick his bat as it is quite heavy trolling spinner for his size-zero weight.

The Indian batsman is expected to travel with Team India to Sri Lanka for playing limited-overs series. And, he is one of the batsman, who is in contention to play in the upcoming T20 World Cup that is expected to start from mid-October.