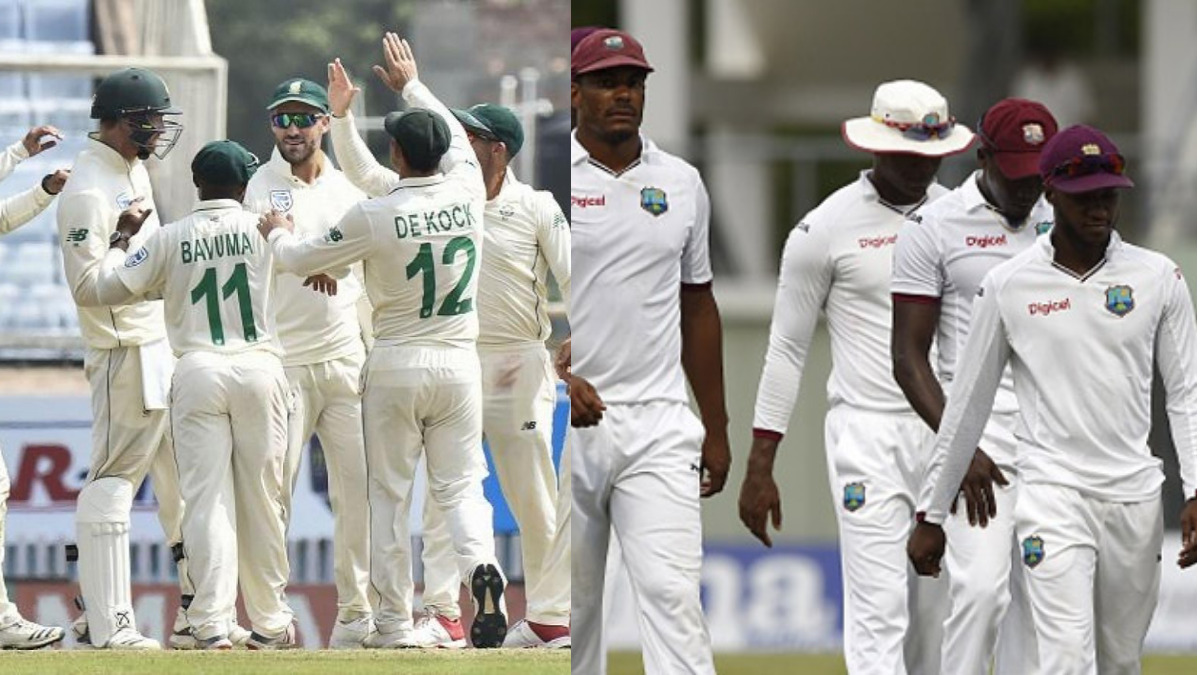 Welcome to WI vs SA Predicted Playing XI for Today’s match. The match will be played at Daren Sammy National Cricket Stadium, St Lucia. Keep reading to find out about the West Indies vs South Africa 2nd Test.

West Indies suffered a humiliating defeat in the series opener of two-match Test series by an innings and 63 runs. Except for Roston Chase, none of the players managed to score a fifty in the two-innings of the Test match. The South Africa bowlers bowled at their best and restricted West Indies batsmen from scoring good knocks in the game.

West Indies struggled throughout the game due to the poor batting show of their batsmen. They looked on the back foot throughout the match against in-form bowlers of the Proteas side. Lungi Ngidi and Anrich Nortje shared 9 wickets in the first innings of the 1st Test followed by a five-wicket haul of Kagiso Rabada in the 2nd innings.

In batting from Proteas’s side, Quinton de Kock emerged as the star, who scored a marathon knock of 141 runs in the 1st innings. The South Africa cricket team has taken a step towards creating history. They have not won a single away Test series from the past four years and this could be their chance to finish the drought of winning an away Test series.

South Africa might opt for one change in the playing XI if Temba Bavuma recovers successfully from his hip injury. He might replace Keegan Petersen in the final XI, who failed in giving his best in the series opener and scored only 19 runs batting at number three.

South Africa has dominated West Indies on almost all occasions in the face-off. They have won 19 Tests and lost 3 against West Indies. With such a brilliant head-to-head record, Protea’s side will surely try to carry on with their domination.

WI vs SA, Most runs in series

WI vs SA, Most Wickets in series