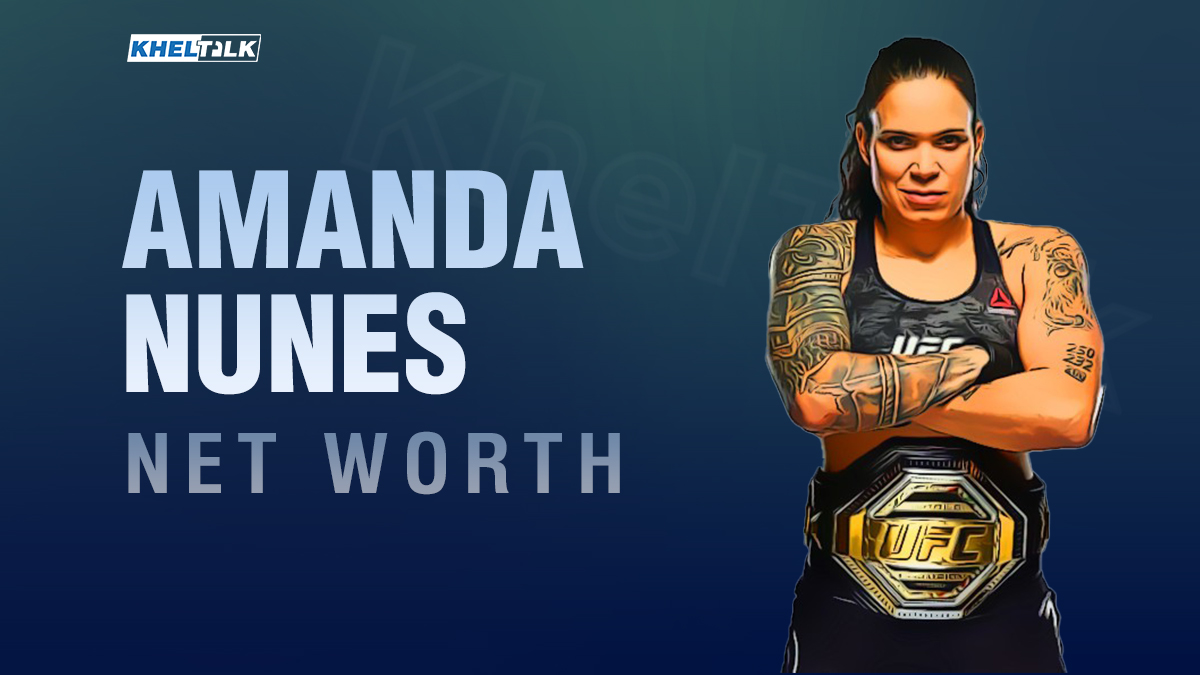 What is the net worth of Amanda Nunes?

Amanda Nunes’s net worth is reported to be around $4.5 million. She has earned her net worth through endorsements and fighting in the UFC, other promotions.

Amanda Nunes is an active professional mixed martial artist. She currently competes in the women’s featherweight and bantamweight division of the Ultimate Fighting Championship (UFC). Born on May 30, 1988, the Brazilian has been an active performer since 2008.

In this article, we will have a look at Amanda Nunes’ Salary, Net Worth, Personal Information, Career details, Love Interests, Controversies, FAQs, etc

The UFC star has reportedly earned more than $2.5m in earnings from her fights throughout her career.

Amanda Nunes’s highest career earnings came in UFC 259 against Megan Anderson. She earned around $540,000 (including bonuses) for that fight.

The following are the cars that Amanda Nunes owns:

She owns a flat of 2700 sq. ft. which also includes amenities like a swimming pool, multiple bedrooms and bathrooms, and a fireplace.

Debut: Amanda made her debut against Ana Maria in the Prime: MMA Championship 2 in March 2008. Her first bout was inauspicious as she lost by submission in just 35 seconds of the first round.

Ultimate Fighting Championship: after making her way through Strikeforce, and other MMA companies, Nunes made her way into the UFC in 2013. By then she already had a 7-3 record in professional MMA fights.

Amanda Nunes’ first UFC match was against Sheila Gaff in the Bantamweight division. Amanda won the bout by TKO in the first round and got her UFC career up and running.

Owing to her commendable performances, Amanda was given a chance at the UFC Women’s Bantamweight Championship on July 9, 2016. She beat Miesha Tate in the first round at UFC 200 to win the title. She then defended the title against Ronda Rousey, Valentina Shevchenko, and Raquel Pennington.

On December 29, 2018, Amanda Nunes challenged Cris Cyborg for the UFC Women’s Featherweight Championship. She knocked out her opponent in 51 seconds to become a multi-division champion at the same time. This also increased her MMA record to 17-4.

Amanda Nunes’ latest UFC bout was against Julianna Peña on 11th December 2021. She lost the UFC Women’s Bantamweight Championship after submitting to her opponent in the 2nd round.

As of now, her MMA record stands at 21-5 in 26 professional MMA fights.

Of which 13 are by knockout, 4 are by submission, and 4 are by Judges decision

Of which 2 are by knockout, 2 are by submission, and 1 is by Judges decision

Amanda Nunes’ Accomplishments (as of January 22′)

The UFC fighter has achieved the following accolades in her career:

Nina Nunes: Amanda came out as the first open Lesbian MMA star in the UFC. She has been in a relationship with fellow UFC star Nina for the past few years.

The couple got engaged in 2018 and got married soon after. In 2021, Amanda announced that they were expecting their first child. Nina Nunes carried the child. Raegan Ann Nunes, their daughter was born in September 2021.

Mocking Ronda Rousey: Amanda beat Ronda in their fight at UFC 207. Following the victory, Amanda Nunes put up a post on social media that showed Ronda Rowsey as a baby in a stroller. She received heat from Ronda Rowsey’s fans after the incident.

Soon after she removed the post and apologized to her opponent. Amanda admitted that she was wrong and said that she was overwhelmed with adrenaline and emotion.

Amanda Nunes generally posts about her spouse, training, and her UFC matches on social media.

Q- What is the name of Amanda Nunes’s kid?

She has a daughter named Raegan Ann Nunes.

Q- Does Amanda Nunes still compete in the UFC?

Q- Against whom did Amanda Nunes make her UFC debut?

She made her UFC debut against Sheila Gaff on August 3, 2013. She won the bout.

Q- Who is Amanda Nunes married to?

Amanda Nunes is married to Nina Nunes. They are the first openly lesbian couple in the UFC.

Q- Who was the father of Amanda Nunes’ child?