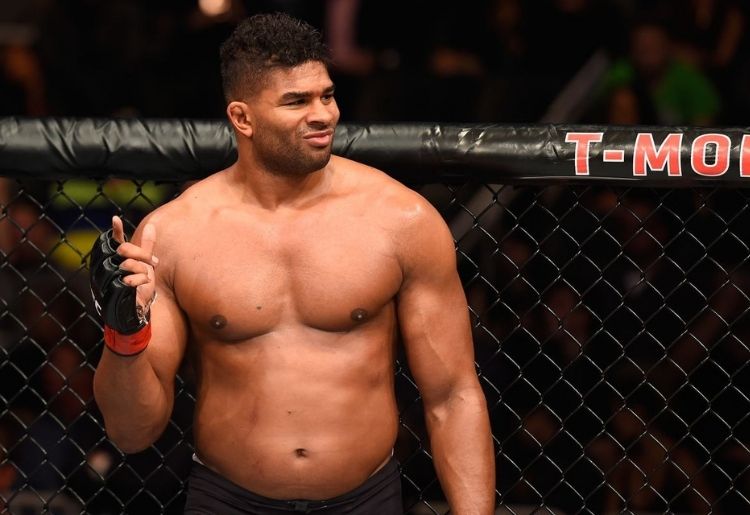 Alistair Overeem is an active professional mixed martial artist and kickboxer. He currently competes in the Heavyweight division of the kickboxing promotion Glory. Born on 17 May 1980, Overeem was the first fighter to hold a title in both MMA and K-1 kickboxing at the same time.

Overeem’s first professional Mixed Martial art bout was against Ricardo Fyeet which he won in October 1999. In Kickboxing, his first match was against Paul Hordijk in 1999 as well.

In this article, we will have a look at Alistair Overeem’s Salary, Net Worth, Personal Information, Career details, Wife, Controversies, FAQs, etc

Alistair Overeem’s net worth is reported to be around $10 million. He has earned his net worth through endorsements, fighting in MMA, Kickboxing promotions.

The MMA star has reportedly earned more than $15-20m in earnings from his mixed martial arts, kickboxing fights throughout his career.

Alistair Overeem’s highest career earnings came on November 24, 2018, in the Overeem vs Pavlovich fight. He earned around $860,000 for that fight.

Alistair Overeem has an Audi Q7, A Ferrari, and an Audi Q5 in his car collection as per reports.

Debut: Alistair made his MMA debut against Ricardo Fyeet on 24th October 1999. He won his first-ever professional match by submission in the first round.

Owing to his prowess Alistair won multiple titles in the Heavyweight and Light Heavyweight divisions. By 30th June 2011, Overeem amassed an MMA record of 35-11.

UFC: Alistair Overeem joined the UFC in 2011. His first bout was against Brock Lesner on 30th December 2011. The Dutch MMA star beat Lesner on the night.

On 10th September 2016, Overeem battled Stipe Miocic for the UFC Heavyweight Championship. But the match was won by his opponent in the first round.

Alistair Overeem’s later fight was against Alexander Volkov on 6th February 2021. The Dutch fighter lost by TKO on the night. Following the loss, his MMA record stands at 47-19.

Overeem has also had an impressive Kickboxing career in which he has won the 2010 K1 World Grand Prix.

His last kickboxing match was against Peter Aerts on 11th December 2010. Overeem has a Kickboxing record of 10-4 in 14 matches.

Of which 25 are by knockout, 17 are by submission, and 5 are by Judges decision

Of which 15 are by knockout and, 4 are by Judges decision

Alistair Overeem generally posts about his friends, training,  and his matches on social media.

Zelina Bexander: Zelina is well known as the wife of Alistair Overeem. It is rumored that she works as an office administrator at AkzoNobel. Zelina was born in Sweden and completed her studies at the University of Gothenburg.

Zelina and Alistair reportedly tied the knot in the early 2010s. The couple has not disclosed much about their private life over the years. Together the couple has a daughter named Yazz-Ley Rey. Zelina also serves as the stepmother of Storm Overeems.

Bar fight: Alistair Overeem was involved in a bar fight at a dutch bar in 2009. The UFC fighter reportedly didn’t have enough change to pay the toilet lady. Hence, he was asked to leave by the bouncers. His brother intervened and got punched, leading to a massive altercation.

Six bouncers had to go to the hospital while Overeem injured his arm and had to turn down a title fight owing to his injuries.

Showing a lady: Following his match against Brock Lesner in UFC 141, Alistair Overeem showed a lady on her face. This led the lady to stagger and later file a complaint to the Vegas Police Department.

Overeem had to undergo trial and had to pay a fine of $1000 to the court. He also got a suspended jail sentence and 50 hours of community service and anger management due to the incident.

Alistair Overeem also has a kickboxing career outside of the MMA

Q. What is the name of Alistair Overeem’s kid?

A. Overeem has two children, they are Storm Overeem and Yazz-Ley Rey

Q. Does Alistair Overeem still compete in the UFC?

A. Does Alistair Overeem still compete in the UFC?

Q. Against whom did Alistair Overeem make his UFC debut?

Q. Who is Alistair Overeem married to?

Q. What does Alistair Overeem do outside of MMA?

A. Alistair Overeem also has a kickboxing career outside of the MMA