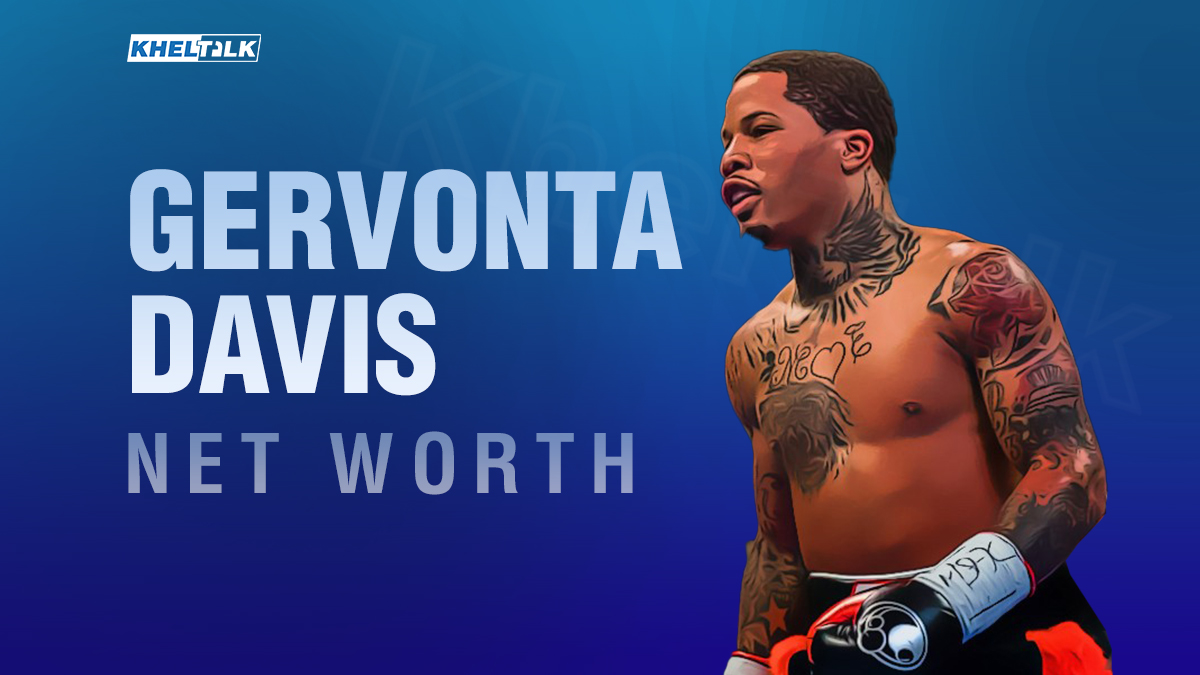 Gervonta Davis is a professional boxer who has held multiple World championships in various weight classes. The American boxer was born on November 7, 1994, in Maryland, USA. Davis has competed in the Super featherweight, Lightweight, and Light welterweight divisions for the WBA.

The boxer started practicing when he was 5 years old. Gervonta Davis has also participated in amateur fights before going professional. While an amateur fighter, he won the gold medal at Mesquite Golden Gloves Championship in 2012.

In this article, we will have a look at Gervonta Davis’ Salary, Net Worth, Personal Information, Family, Career details, Controversies, FAQs, etc

Net Worth: Gervonta Davis’ net worth is reported to be between $15 million. He has earned his net worth through endorsements and professional boxing.

The boxer reportedly earns upwards of $600,000 per fight nowadays. This will increase even more as he gains even more experience.

He reportedly earned $5 million in the fight against Mario Barrios in June 2021.

The boxer endorses the clothing brand ‘Under Armour’. It is not known if he has other endorsements as well.

The boxer reportedly lives in Baltimore, Maryland, USA. He supposedly lives in a Villa but not much is known about his house and the locality.

He also has jewelry of about $5 million at his place. His watch collection includes Rolex, Audemars Piguet, Patek Philippe, and other well-renowned brands.

He then moved to professional boxing.

Davis made his debut against Desi Williams in February 2013. He won the bout by knockout. He would perform 5 more times in 2013, winning every encounter. Rafael Casias was the first non-U.S. boxer that Davis faced in his professional career.

In 2014, he added another four victories to his impressive record. His fight against German Meraz was the first time that he didn’t win by knockout. The boxers fought for 6 rounds after which Gervonta Davis won on the referee’s decision.

Davis started 2015 with a dominant 0:47 second victory over Israel Suarez. In the same year had his first 10 round bout against Luis Sanchez. Davis won in round 9 after knocking out his opponent. This win extended his record to 14-0.

In 2017, Gervonta Davis successfully captured his first Boxing title. He won the IBF Super Featherweight title by beating Jose Pedraza. He would go on to lose the title after failing to be at the proper weight against Francisco Fonseca. But he would win the title back in 2018 against Jesus Cuellar.

Davis retained the Super Featherweight title against Higo Ruiz and Ricardo Nunez in 2019.  In the same year, he would go on to add the WBA Lightweight title to his collection, hence having hold of two belts.

In 2020, Gervonta Davis had his first Pay-per-view bout against Santa Cruz. Against whom he won the WBA (Super) Super Featherweight title.

In 2021, he had PPV bouts against David Barrios which he won, and an upcoming bout against Isaac Cruz where he will defend his lightweight title.

Gervonta Davis is currently unbeaten and has a 25-0 Professional boxing record.

Andretta Smothers: She is a professional social media influencer who is very active on social media platforms. She reportedly started dating the boxer in 2015. They both welcomed a daughter together in 2018. She was named Gervanni Davis. The couple

separated after a few years together. They are both separated now and the couple did not get engaged.

The boxer reportedly gives her $10k a month to take care of the baby. Though she is in Andretta’s custody, Gervonta does get to meet her and likes to get along with her.

Dretta Starr: Starr is a 31-year-old Instagram model from the USA. Not much was known about their dating life as they had kept it a secret.

Ariana Fletcher: Ariana Fletcher is a social media star who lives in the USA. She is said to have dated Gervonta Davis early in the early 2010s but the couple parted and went separate ways

Ariana has also been in a relationship with singer, songwriter, and rapper G Herbo. She has a son named Yosohn Santana Wright with the singer.

Video Controversy: A video had surfaced which seemed that Gervonta Davis was physically assaulting a woman. That woman turned out to be Andretta Smothers, the mother of her daughter. But Davis disagreed and said that he would never hit her.

Hit and Run Controversy: In a 2021 incident,Davis was once charged with 14 counts of hit and run in Baltimore. He reportedly injured 4 people after a collision between a Toyota and his Lamborghini Urus.

Social media Status Controversy: Gervonta Davis posted on his social media story that “I can’t stop cheating on my girlfriend”. The story was deleted soon after but many people had already taken screenshots. He claimed that someone had hacked his account.

Q- What is the name of Gervonta Davis’ kid?

Ans- His daughter is Gervanni Davis

Q- When is Gervonta’s next fight?

Q- Against whom did Gervonta Davis make his boxing debut?

Ans- He made his professional debut against Desi Williams in 2013.

Q- In which weight categories has Gervonta Davis fought?

Q- Has Gervonta Davis competed in the Olympics?

Ans- No, he has not competed in the Olympics. But he did compete at the Junior Olympics.