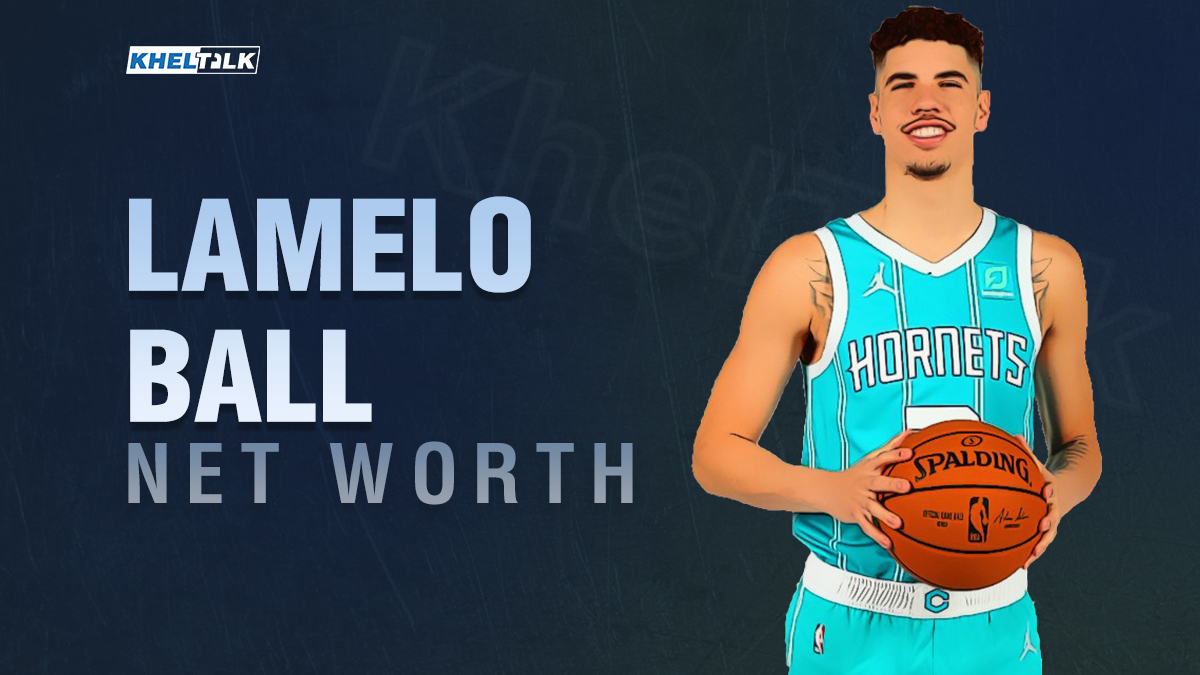 He plays as a Point Guard and wears jersey number 2 at Charlotte Hornets. He was selected by the Hornets as a first-round pick and the third overall pick of the 2020 NBA draft. Apart from the NBA, he also has experience playing in the Lithuanian Basketball league. His brother, Lonzo Ball plays for the Chicago Bulls.

In this article, we will have a look at LaMelo Ball’s Endorsements, Net Worth, Personal Information, Girlfriends, Career details, Controversies, FAQs, etc

LaMelo Ball’s estimated Net Worth is said to be around $10 million. His main sources of money are his salary playing professional Basketball and his sponsorship deals.

LaMelo Ball has represented 4 teams as of now. Here is his approximate salary at the teams that he has played for:

LaMelo Ball has been endorsed by Puma recently. The endorsement is reportedly worth $100 million.

Ball represented the following teams in his Basketball career as of November 2021:

He made his debut for Prienai on January 13, 2018, against Lietkabelis. With the team, he played 6 games in the season with just one being in the starting lineup. He finished the season averaging 6.5 points per game and a 12.8 MPG.

Over eight regular-season games in the JBA, Ball averaged 39.6 points. He and his Los Angeles Ballers team would win the 2018 season of the JBA.

Illawarra Hawks: LaMelo Ball joined the National Basketball League side in June 2019. He joined the Australian League side through the NBL Next Stars program. On October 6, 2019, Ball made his debut for the Hawks in a loss against the Brisbane Bullets.

In January 2020, LaMelo Ball decided to sit out for the remainder of the season and He parted ways with the Hawks. He parted ways as he wanted to return to the United States and prepare for the NBA draft. Through 12 NBL games, Ball averaged 17 points, 7.4 rebounds, and 6.8 assists per game and he was named the NBL Rookie of the Year.

Charlotte Hornets: On the 18th of November 2020, LaMelo Ball was picked up by the Charlotte Hornets as the third overall pick. Ball made his debut on December 23, 2020, in a 121–114 loss to the Cleveland Cavaliers. On March 21, 2021, Ball suffered a fractured bone in his right wrist in a loss against the Los Angeles Clippers and returned from injury against the Detroit Pistons in May.

LaMelo Ball was named the 2020–21 NBA Rookie of the Year and was selected to the NBA All-Rookie First Team. In his first season, the basketballer featured in 51 games, of which he started 31. He had an impressive points average of 15.7 and 3P% of .352.

The following are LaMelo Ball’s Stats in his young Basketball career.

His stats from Los Angeles Ballers are not available.

The following are the accolades that LaMelo Ball has managed to win in his young Basketball career:

The following are some personal information about the NBA player, LaMelo Ball:

Ashley Alvano: Ball reportedly started dating Ashley in 2017. She is an Instagram model and has more than 12k followers on the social media app. The two reportedly grew up in the same neighborhood of Chino Hills.

He and Ashley reportedly broke up in January 2019 and the reasons for his breakup are unknown.

Ana Montana: LaMelo Ball was also spotted with 32-year-old Instagram model Ana Montana in early 2021. Montana was also seen attending Hornets games with some of Ball’s friends which added fire to the rumor. She had also posted pictures on Instagram from Ball’s home.

Though the couple has not officially confirmed anything, there has been a lot of backlashes considering their age difference.

School Controversy: LaMelo Ball himself did not attend college as he was invested in Basketball from a young age and left to play in Lithuania as a 16-year-old. In an interview, he said “You wanna go to the league, so school’s not your priority. We are not trippin’ off school. And school not even teaches’ you S*** – what the F*** is school?”

Ball would then take to Instagram after all the backlash he received. He said on the social media site that school is important if you want to have a career in the medical/engineering field. But he didn’t require it as he knew he wanted to be a baller his entire life.

Q. Where is LaMelo Ball from?

A. The NBA player was born and brought up in Anaheim, North Carolina

A. Yes, they are brothers. Lonzo Ball currently plays for the Chicago Bulls.

A. He is reportedly dating Instagram model ‘Ana Montana’

Q. Who is LaMelo Ball’s father and what does he do?

A. LaVar Christopher Ball. He is a renowned businessman and former professional American football player.