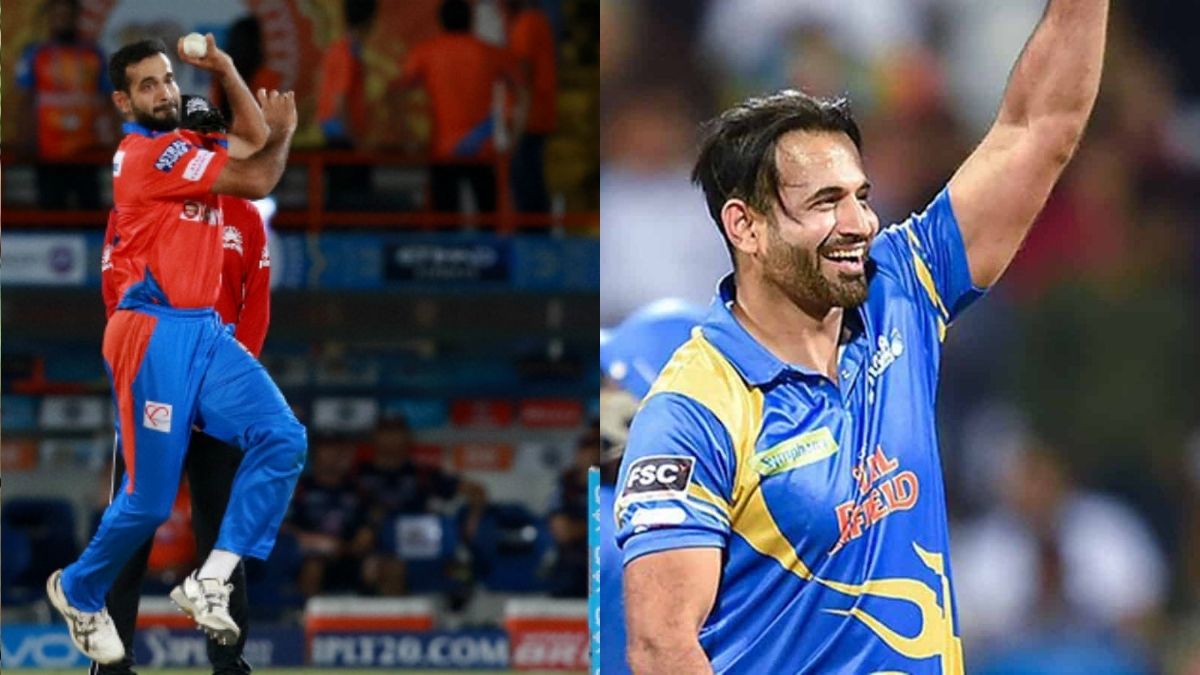 Irfan Pathan retired very early at the age of just 33 where most cricketers enjoy their peak days in International cricket. Pathan made his debut at age of 19 and was a big sensation in Indian cricket from his early days. He was touted as the next big thing of Indian cricket but injuries and luck always came as the biggest roadblock.

After Kapil Dev, India always sought a fast-bowling all-rounder and when Irfan arrived at the International stage, everyone thought he could be the answer to India’s struggles. He could easily bowl at 135-140 KMPH which was a rare sight in Indian cricket and on top of that, he was a left-arm bowler which made him the first pick of Sourav Ganguly.

Irfan was blessed with swing bowling and his wrist position while releasing bowl was just tailor-made for any coaching manual. He rose to the International scene quickly and in 2004, he was named ICC emerging player. His Hattrick against Pakistan and especially that in swinging ball to Mohammad Yousuf is still fresh in every Indian cricket fan’s memory.

Even after a rocking start to international cricket, he couldn’t live up to his initial expectations and injury was a big reason behind his struggles. After 2005, he was in and out of the team and his bowling speed got diminished to 125 KMPH which was very low given the rise of other bowlers like RP Singh, Praveen Kumar, Sreesanth who were constantly clicking 135 KMPH.

Irfan Pathan didn’t lose his hope and again made a comeback into the Indian team through his grind and determination in the 2007 World T20 which again came as another turning point. He was spectacular in that tournament and was adjudged man of the match in the final against Pakistan. As everyone thought, Irfan has finally realized his potential, again injuries blocked his way.

Eventually, he lost his place in the Indian team due to poor IPL and injuries which led to his exclusion from the 2011 World Cup team. Again Irfan made comeback in various tours but couldn’t consolidate his position in XI because of his low place. He was part of the 2013 winning Champions Trophy Squad but couldn’t feature in any of the matches.

The 2013 Champions Trophy and Tri-Series in the West Indies was his last tour with India and it is still a shock for every cricket fan that he couldn’t live up to the potential he showed in the early part of his career. He now works as a commentator at Star Sports and also plays an administrative role in Jammu and Kashmir cricket development.

Irfan Pathan was one of India’s brightest prospects but couldn’t handle the pressure and injuries which made his life tough. But he now works as a cricket panelist and his net worth is around $7 Million Dollar which is 51 Crore in Indian rupees. He also earns through Brand Endorsements and also owns an academy.

Let’s now go into details of Irfan Pathan’s net worth.

Irfan Pathan was India’s best all-rounder and was coming off an excellent inaugural World T20 in 2007 which raised his value among franchises at that time. He was picked for record 3.7 crores in the 2008 IPL auction by Kings XI Punjab and his first season was very impressive with bat and ball. But in the upcoming season, he couldn’t replicate his form which made Kings XI Punjab release him for 2011 auctions.

He then moved to Delhi Daredevils for a record 8.7 crores which made him the highest-earning all-rounder in that auction. Again, he failed to justify his price and was let go by the Delhi team. After featuring for 3 seasons for Delhi, he was picked by Sunrisers Hyderabad for 2.4 crores again his declining form and pace led to exclusion from the team.

He then moved to Chennai Super Kings for 1.5 crores under MS Dhoni which gave fans a glimmer of hope that he could rejuvenate his form under Dhoni like Nehra did but he couldn’t. Irfan Pathan again played under Dhoni captaincy for 2016 in Pune’s jersey but failed to impress with his performances.

In 2017, he was in excellent domestic form and Gujarat Lions trusted his ability and picked him as a replacement for 50 Lakhs. He featured in one game for them and it was his last stint in the IPL. He went unsold for the next 3 seasons and eventually announced his retirement in 2020.

Irfan Pathan has been involved in the television industry after his retirement and has been promoting some big brands lately. During his playing days, he was the brand ambassador of big brands like Reebok, Hero Honda and still is a familiar face in Indian cricket. Some of the endorsements are

Irfan Pathan is now part of the Indian media community and always shares behind-the-scenes photos with his fans. He always had a passion for dancing and after his retirement, he often shares some of his dance moves on Instagram. Irfan is very active on social media and earns a major chunk of income from Social media endorsements.

Irfan Pathan is not a fan of fast-end cars and has some comfy SUV cars. Pathan’s car collection is small compared to his brother’s collection but still has some good branded cars. He has cars from brands like Toyota, Mahindra.

Irfan Pathan is from Gujarat, Vadodara, and lives there with his whole family. He used to live in a mosque in childhood but now he lives with his brother in a luxurious mansion which is worth around 6 Crores. In Asian paints ad in 2020, he showed his journey from an old home to build his own dream villa for his family. He also owns many properties across Gujarat.

Irfan Pathan was born on 27 October 1984 in Vadodara. He and his elder brother Yusuf were raised in Mosque as his father was a Muezzin in that Mosque. His father wanted them to become a Muslim Scholar to carry forward his legacy but both brothers had an interest in cricket from their childhood. Irfan is still a big believer in Islam and credits his religion for such positivity in his life.

Irfan Pathan is married to Safa Baig whom he met in 2014. She was a known media personality in Saudi Arabia but she left her job after marrying Irfan. They got married in 2016 in a closed ceremony. Before that, Pathan was in a serious relationship with an Australia-based girl named Shivangi Dev whom he met during his Indian tour.

He and Shivangi dated for 10 years and she used to travel with Pathan on almost every tour but their relationship took a drastic turn when she started demanding marriage but Irfan wanted his elder brother to marry first which led to the downfall of the relationship. After that, he never made headlines for his personal life and got married to Safa Baig in 2016.

Irfan Pathan was never involved in a controversy on a cricket field but after retirement, he has faced heat from fans for various reasons on social media.

Q- Does Irfan live in Kashmir?

Q. Do Irfan Pathan and Yusuf Pathan live together?

Q. What is the name of Irfan Pathan’s upcoming movie?

Q. Has ever Irfan Pathan and Yusuf Pathan played together for India?