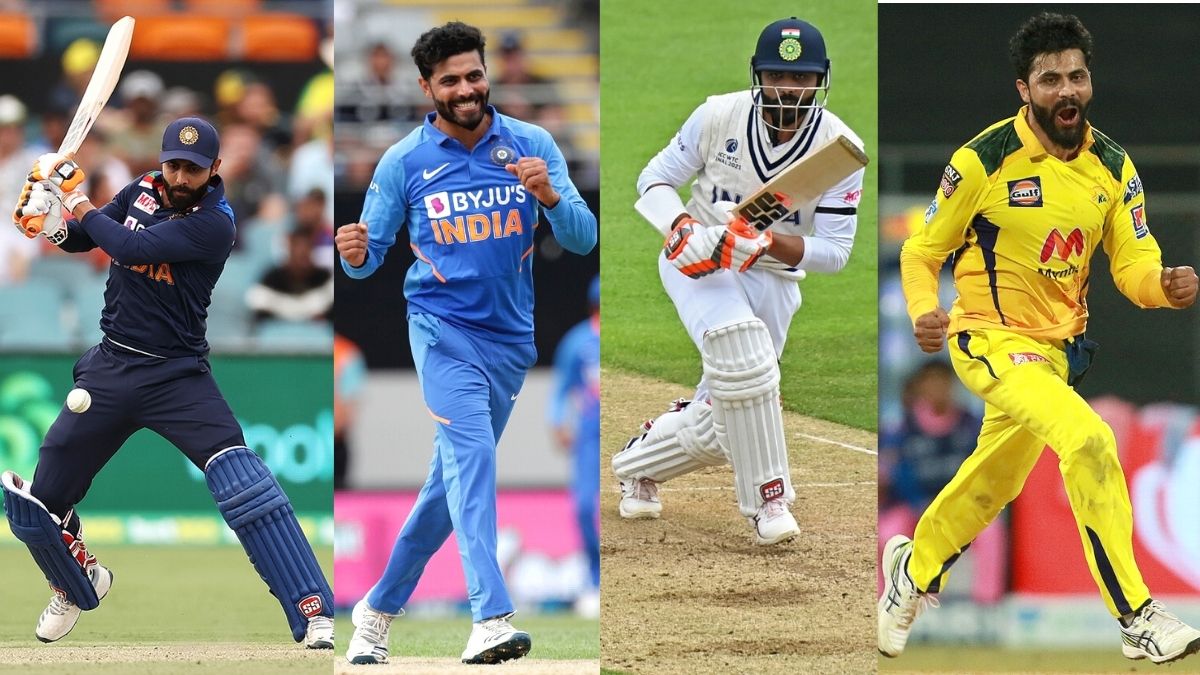 Team India has a great asset in Ravindra Jadeja. The spin all-rounder from the Rajput family in Gujarat is not only the best muddle order batsman and a good spin bowler. But Jaddu also contributes heavily by saving runs. He took some great acrobatic catches and effected some brilliant run-outs as well. Jadeja is complete which everyone wants him to be a part of their team. However, he is a luxury to have like the Indian Cricket team. Jaddu also plays the cash-rich league tournament Indian Premier League where he has impressed one and all because of his all-rounder skills.

In 2008 Jadeja was part of India’s Under 19 team, which won in Malaysia under the current Indian team Virat Kohli. Then Jaddu made his international debut in the One Day International format against Sri Lanka, and four years later, in 2012, Jadeja played his maiden test match against England at Nagpur. In the same year, he was brought by the Chennai Super Kings franchise for two million dollars, and in 2016, Jaddu was plated 9.5 Cores by the Gujarat Lions. So now Jadeja is an integral part of CSK and Team India.

Jadeja had scaled many heights in the ODI format. He is the first spinner to play 150 matches in the fifty-over format, and now he is a top-ranked bowler in International cricket. Jadeja is also a vital member of India’s chances against England in the five-match Test series, which will start from 4th August 2021, and the ICC World T20 tournament in the United Arab Emirates. The ICC mega event in the shortest format will be played from October to November 2021. Jadeja’s all-rounder form might be the deciding factor for India in those two important events.

Jadeja has put back his struggling days because of his shire hard work, practice, and patience. Now Jaddu has become the wealthiest cricketer of India because of his endorsement, BCCI Contract, and IPL salary. In 2021, Jadeja’s net worth is eight million US Dollars which means 58 cores in Indian Rupees.  Most of the income comes from the brand endorsements for Jadeja.  The Board of Cricket Control in India also pays Jadeja five crores’ rupees as per the annual contract. Ravindra has been listed as A grade player on the BCCI contract list.

In the early days of Ravindra Jadeja, he didn’t have enough money to buy new clothes. But now, the tides have changed for the Rajput Man because of his fighting spirit. Today southpaw endorses many brands which have the worth of millions of rupees. The cricketer has turned celebrity now, and he also brought a dream house through his earnings from the CSK franchise in the Indian Premier League. The house which Jaddu has brought has an estimated price of eight crores. In the last six to seven years, the net worth of Jadeja has grown up to eight hundred percent because of his salary given from the BCCI and the contract of the Indian Premier League. The financial experts estimate that the net worth of Jaddu might go up to sixty crores.

Sir Ravindra Jadeja’s income is sourced through the match fess of the BCCI. Sir Jaddu is the A-grade player of the Indian Cricket team, where he earns a salary of five cores per year. Jadeja also earns through the cash-rich tournament named the Indian Premier League. Overall, Jaddu has earned 770,100,000 rupees from the IPL, and in the first half of the IPL 2021 season, his salary was 700,000,000.  Apart from Cricket, Jaddu’s major earning is from brand endorsements. Sir Jadeja charges twenty to thirty lakhs rupees per advertisement.

The Indian Premier League has a potential platform for the younger players to showcase their talent to the world. But it also has changed many lives. Many players are now earning well and look after their families excellently because of the IPL. For example, Ravindra Jadeja started playing ODI cricket for India in 2009. He was brought by the Yellow franchise Chennai Super Kings in 2012. His first IPL salary was two million dollars, and now he also earns a handsome amount through this cash-rich league tournament. Overall, Jaddu has earned a whopping salary of seven cores so far.

In the contract listed by the Indian Cricket Board, Ravindra Jadeja is placed in the A grade, and he earns give cores per year, including all three formats. So here is the division of how Jaddu earns from the three international formats of cricket –

Players who are not part of the playing eleven earn fifty of the match fee.

Ravindra Jadeja’s magical on-field performances have made him a celebrity, and his image is like a superstar in front of the media and fans. Now Jaddu is the brand ambassador of many big companies, which he didn’t think of when he started playing cricket for India. Jadeja endorses the brands like Gujarat Tourism, Incredible India, ASICS, and Life OK.

Social Media has become an important tool be amongst fans and followers. Now every cricketer is being seen on the platforms like Facebook, Instagram, and Twitter. The spin all-rounder, Sir Ravindra Jadeja, is also followed on these above channels. Jaddu fans are from all over the world. For those who do not follow Jadeja on social media, here are the details –

The cars, which Ravindra Jadeja owns, are about five cores’ rupees. He has cars like BMW five series, Audi Q seven, and jaguar. Jaddu also owns two bikes, he has a Hayabusa bike, a racing bike, and the minimum speed is 320 kilometers per hour.

Jaddu owns a luxury-designed house in a royal Navaghan in Jamnagar in Gujarat, and he also has real estate properties all over the country. The bungalow in Jamnagar is a four storage, which has a worth of forty cores. Jaddu also has a property in Mumbai and a farmhouse is attached to the bungalow, which has a price of 20 cores.

The four-storage bungalow seems like a palace for the common man. But Jadeja has reached to this position after he had faced a lot of hardships and struggles in his earlier days. The bungalow’s entrance door has a vintage design which gives a royal look. The bungalow also has a farmhouse attached to it where there are two horses of Jadeja. On his social media channel, Jaddu is seen posing with his horse.

The bungalow also has some vintage design furniture and chandlers. The interiors and exteriors of Jaddu’s bungalow have a design of the king’s palace.  The atmosphere which is in the bungalow is classic and spectacular. The bungalow has wooden doors and sprawling green lawns which are made for Jaddu’s workouts. With stunning furniture, the bungalow inside also has elegant sofas and chairs inside.

The bungalow is located some 25 kilometers away from Jamnagar, a plot which was brought by Jadeja some years ago. The plot has seen a huge and compact development all over with red and blue lights. The four bungalows have a compound, and a swimming pool has also been made to enjoy the off time.

Jadeja was born on 6th December 1988. Jadeja’s father was a watchman in a private security agency, and his father wanted his son to join the Indian army. But Jadeja’s father was scared because Ravindra had an interest to play cricket. Jaddu’s mother passed away in 2005 due to an accident. His mother’s passing away was a big shock, and he was about to quit playing cricket for that reason. Now Jadeja is a married man and father of a daughter.

Yes, he is from Gujarat, Jamnagar.

NO. Ravindra Jadeja is a married man now. He has married Riva Solanki, who is an engineer by qualification.

No. Cricketers generally do not have bad habits like smoking, and Ravindra Jadeja is the fittest player, so he stays away from smoking and other bad, dangerous habits.

The height of Ravindra Jadeja is five feet seven inches.

Yes, Ravindra Jadeja has a dragon tattoo on his back and another one is on his left biceps.

Ravindra Jadeja has a weight of sixty kilograms.

Jaddu has made many records. But the main record of the spin all-rounder is that he is the only spin bowler after Anil Kumble to top the ICC ODI rankings as a bowler and he has scored three triple tons in first-class cricket, which no one has achieved this mammoth record till now.

Ravindra Jadeja is currently with Team India in England for playing five-match Test series. And, he has managed a brilliant fifty with the bat in the first innings of the 1st Test.