SRH vs DC Live Streaming details IPL 2021, Match 20, When And Where To Watch, TV Channel List, and Timings 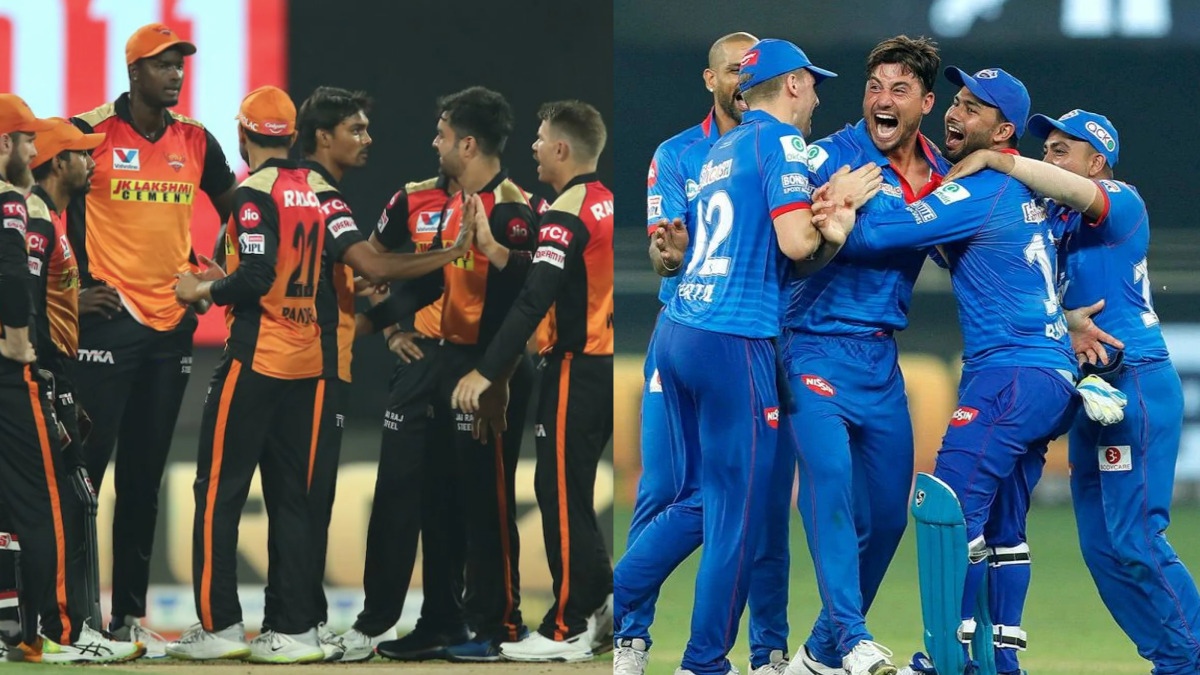 It will a Sunday night contest where DC – Delhi Capitals will face the orange army, SRH – Sunrisers Hyderabad in the match 18th of the Indian Premier League 201 season. Sun has finally raised for the orange army after they bagged a one-sided win against Punjab Kings, and DC – Delhi Capitals are sitting comfortably third on the points with just one loss to their name. It would be interesting to see how Pant’s DC will take on Warner’s orange army, SRH, and it also remains to be seen whether Delhi Capitals can continue their winning form in this match.

The orange army won their first match of the IPL 2021 season after many losses. Those losses came mainly because of the batting failures, and that lone win came because of the bowlers who set up the win for them. The SRH bowlers bowled some tight lines, which helped them restrict the PBKS – Punjab Kings team to a low total.

SRH will want to repeat that similar performance against a power-packed side like DC – Delhi Capitals. They need to strike from ball one, and that’s why they need Bhuvneshwar Kumar to fire with the new ball in the first six overs of the powerplay. Bhuvi has been the strike pace bowler for SRH; because of his performance, Sunrisers Hyderabad won their first title in 2016.

With no T Natarajan, Sunrisers Hyderabad will want their pace battery to deliver. A knee injury has aggravated Nattu, and because of that, Nattu will not be part of the SRH team for the whole IPL 2021 season.

The batting, too, came good for SRH. The batsmen failed to chase in all of their games. The batsmen of the orange army finally chased a target successfully. The addition of Kane Williamson is why SRH has the stable and composed while chasing a target.

SRH will want their batsmen to fire in front of the good and in-form bowlers of the Delhi Capitals. They need their inexperienced middle order to come good. That’s why the addition of Kane Willaimson will do wonders for them, and with that, Kedar Jadhav should be in the squad, which would allow Sunsiers Hyderabad to bat deep.

The Capitals are still in their search of the first IPL title. Delhi Capitals was known as Delhi Daredevils earlier. But in the last season, they changed their name to Delhi Capitals, and in this season, their captain has also been changed. Rishabh Pant is the leader after Shreyas Iyer has been ruled out of the whole tournament.

Currently, DC – Delhi Capitals is on the third spot on the points table. They had suffered just one loss in this IPL 2021 season so far, and that loss had come against Rajasthan Royals when they batted first in that encounter. Now, if DC bats first today, it would be interesting to see how to do that. DC team are good chasers, and they have won all the games while chasing.

Shaw and Dhawan are a good opening pair, and both are on the mission of cementing their spots into the Indian Team for the upcoming World T20 tournament, which will be played in India later this year. Dhawan, who was the ex SRH player, will want to do well against his old franchise. Dhawan performed poorly in the T20I series against England, so he will want to improve his performance in the IPL 2021 season.

Delhi Capitals have a good set of fast bowlers and spinners. They will look to add the experience of Anrich Nortje and Ishant Sharma. But they also need Ashwin to step up as Amit Mishra did against Mumbai Indians. The veteran spin picked up four and strangled the MI batsmen to a collapse. DC should pick Shrimron Hetmyer and drop Steve Smith, which will help them finish on a high if they batted in today’s match.

The 20th match of the IPL 2021 season is between SRH Vs DC. We can watch this match online through a live streaming service. The fans shouldn’t be sad and disheartened because they cannot see the match live in the stadium. But they should forget that and enjoy the match in the comfort of their homes. The live streaming service is available free on HOTSTAR, JIO TV, Airtel TV, Live Cricket TV, Sony Liv, and Live Ten Sports Mobile App.

The 20th Match between Sunrisers Hyderabad Vs Delhi Capitals is played at MA Chidambaram Stadium in Chennai.