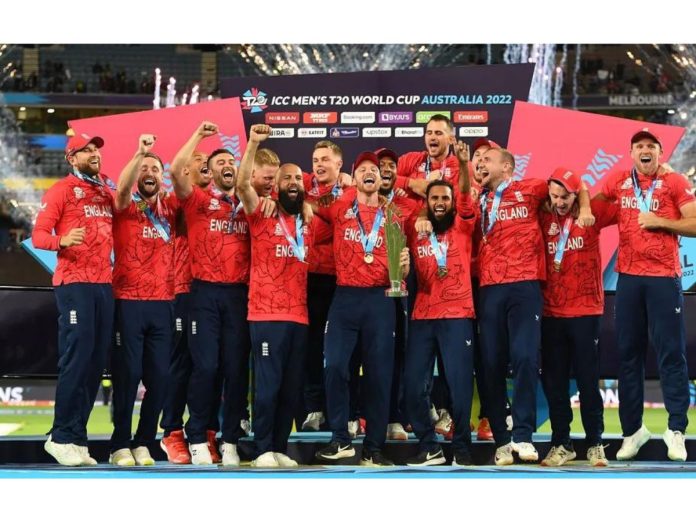 The ICC Men’s T20I Team of the Year 2022 simply underlines the skills, commitment, and cricketing prowess of 11 cricketers in the shortest international format. These 11 cricketers are recognized for their amazing stats and their exemplary performances in the year 2022 in T20Is.

This time, there have been 3 Indians who have been included in the T20I side. Notably, India was one of the semi-finalists of the ICC T20 World Cup 2022 after they crashed out of the World Cup, post a 10-wicket loss against England.

England skipper Jos Buttler powered his side to the ICC T20I World Cup 2022 title. His batting was a sight to behold as he regularly produced blitzkriegs with the willow. In 15 T20I matches, Buttler mustered 462 runs and had a brilliant strike rate of 160.41.

An automatic inclusion in the T20I set-up, Rizwan was a rock-solid batting figure for Pakistan in 2022. For the past two years, Mohammad Rizwan has been in stupendous form. In the year 2022, the Pakistani wicketkeeper batter scored 996 runs.

The undisputed monarch of world cricket, Virat Kohli finds his name back on the ICC Men’s T20I Team of the Year. He regained his legendary form in the year 2022 and also broke his drought of centuries this year.

Kohli scored his 71st international century against Afghanistan in the Asia Cup 2022. The 34-year-old cricketer also finished as the highest run-getter of India in the ICC T20I World Cup 2022.

He was in beast form in 2022 in T20Is and amassed 1164 runs. He finished the year as the highest run-getter in this format.

Hard-hitting New Zealand batter Glenn Phillips found his name in the middle order of the ICC Men’s T20I Team of the Year 2022. He had 716 runs in 2022 and also contributed immensely with his bowling and fielding.

Zimbabwean all-rounder Sikandar Raza hogged the limelight with his impressive T20I performances in the year 2022. He contributed handsomely with the bat and with the ball for Zimbabwe and this also landed him his maiden Indian Premier League (IPL) contract.

The 36-year-old cricketer was roped in by the Punjab Kings (PBKS) franchise for a sum of Rs. 50 lakhs.

Without a shred of doubt, Hardik Pandya is India’s best all-rounder presently. He contributed richly with his performances for India and also guided his IPL franchise Gujarat Titans (GT) to the IPL title in IPL 2022. He bagged 20 wickets and amassed 607 runs in T20Is in 2022.

Sam Curran would undeniably rate 2022 as his best year. He first bagged the player of the tournament award in the ICC T20 World Cup 2022 and then bagged an Rs. 18.5 crore deal in the IPL 2023 auctions held at Kochi. Curran picked up 13 wickets in the ICC T20I World Cup 2022 in Australia.

Sri Lankan wily wrist-spinner Wanindu Hasaranga bamboozled batters in T20Is in 2022 and emerged as the best spinner in the island nation.

Pakistani pacer Haris Rauf too finds his name in the ICC Men’s T20I Team of the Year 2022 because of his bowling exploits. He bagged 31 wickets in the year 2022 and his pace was hard to tackle.

Irish bowler Josh Little picked up 39 wickets in the year 2022 in T20Is and was one of the standout performers of Ireland. His knack for picking up wickets at regular intervals makes him one of the best bowlers in Ireland.