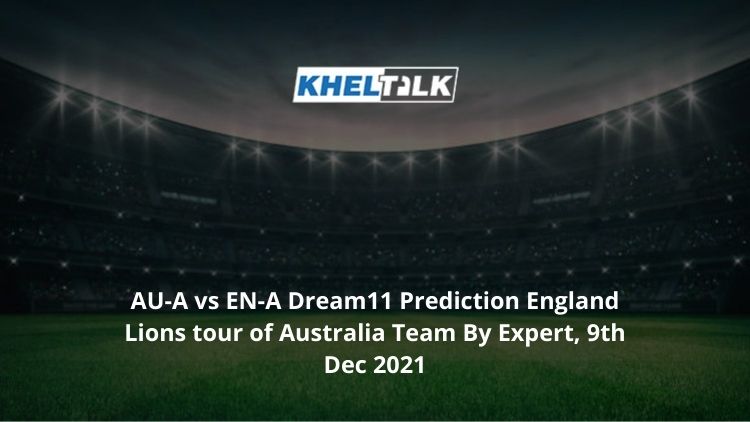 Australia will host England A or England Lions for a couple of unofficial Test matches. A group of players will shadow the senior team as the latter will be playing in the Ashes tournament from Wednesday.

Both teams will be playing for the first time since the last year. England will miss out on Liam Livingstone who has been given rest after a hectic year of white-ball cricket. He recently played in the T10 tournament in Abu Dhabi.

The pitch is a balanced one with good support to the pacers as well as the batters. As the match goes by, the spinners are likely to take over the game. This is certainly going to be a good watch.

According to the forecast, there is very little chance for rain. The temperature will be around 24 to 29 degrees Celcius for most of the day.

England will miss out on Dom Sibley as the batter had taken a leave to work on his batting. The selectors have included Ben Foakes and most importantly, Matt Parkinson. The latter made heads turn wiht his domestic performances this year.

Alex Carey has joined the Ashes squad and will not feature in this game. Josh Inglis will be keeping the wickets for the team. Ashton Agar will lead the spin department.

Ben Foakes will feature in this contest. The England keeper had a good stint in Tests recently but had to miss out on a few games because of injury. He is back now and in a recent match against Glamorgan, he scored 53.

Matt Parkinson will lead the spin attack for the team. The leg-spinner had a good season this year. He took 36 Championship wickets at 20.55 for Lancashire and also played in The Hundred.

Saqib Mahmood was the star performer for England in the recent ODI series against Pakistan. He will be keen to make a mark here as well. One can expect at least three to four wickets from him today.

Nic Maddinson is the player to watch out for in this contest. He is in excellent form at the moment. In the last Sheffield Shield contest, he smashed 128 runs against NSW. He also scored 41 followed by 87 recently.

Liam Norwell and Rob Yates will look to dominate here. Norwell took 49 wickets at 18.26 in Warwickshire’s run to the County Championship and Bob Willis Trophy titles while Yates had four tons there.

Who Will Win Today Between AU-A vs EN-A Dream11 Prediction, Today’s Match?

According to Kheltalk’s astrology AU-A vs EN-A  Dream11 Match Prediction, England A will begin this contest as favorites. England’s top order is in excellent form and can prove vital in this contest. However, the match is likely to end in a draw.

According to Kheltalk’s AU-A vs EN-A Dream11 toss prediction, Australia A is likely to win the toss and opt to bowl first at this venue. The team will be keen to bowl first and put up a good show with the ball and chase down the target.