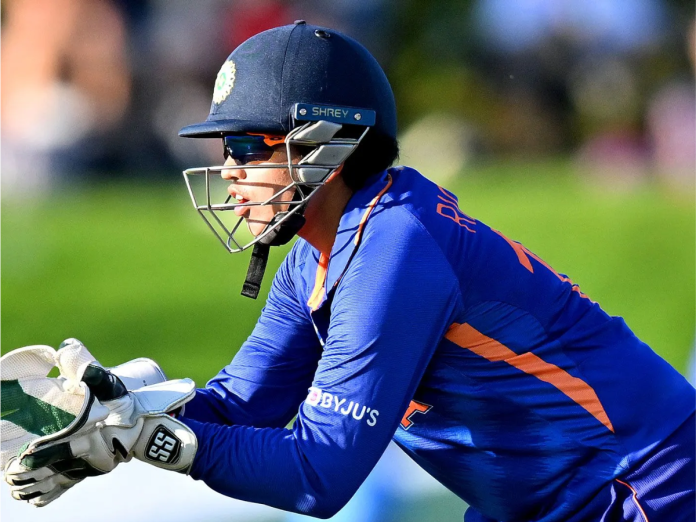 India women and Bangladesh women will meet in the warm-up match of the U19 World Cup. Both teams won their 1st warm-up match. Bangladesh defeated South Africa by seven runs while India won against Australia by 18 runs. Both teams will be keen to end their warm-ups with a win here.

This is a good track for spin bowling and the batsmen have struggled to get past 120 in recent matches. This could be yet another low-scoring game. The Indian team is the favorite to win this anyway.

The weather is likely to be cloudy and there is a good chance of rain according to the forecast. The temperature will be around 17 degrees Celsius and is expected to go down as the game goes on.

Shorna Akter was the top scorer for Bangladesh in the last game. She made 20 runs and helped the team to cross the line with ease. She also had a wicket to her name.

Marufa Akter will lead the bowling attack from the front here. The youngster ended with three wickets while opening the bowling for the team. She will be batting in the middle order.

Shafali Verma impressed with the ball in the last game. She took three wickets and also bowled a maiden over. Verma ended with 3/8.

Parshavi Chopra was the 2nd best bowler for India in the last warm-up. She ended with two wickets while giving away just 14 runs from her three overs.

Disha Biswas could prove vital in this game. She picked up two wickets while giving away 5.75 runs per over. She is handy with the bat as well.

ALL: A Devi, S Akter

Who Will Win Today Between BA-W-U19 vs IN-W-U19 Dream11 Prediction, Warm-up match?

According to Kheltalk’s astrology BA-W-U19 vs IN-W-U19 Dream11 match Prediction, India U19 will begin this game as a favorite. They are too good at the moment and are likely to continue their winning run in this game as well.

According to Kheltalk’s BA-W-U19 vs IN-W-U19 Dream11 toss prediction, India U19 will win the toss and will bowl first. Both teams will be keen to bowl first at this venue as the pitch will assist the spinners more.