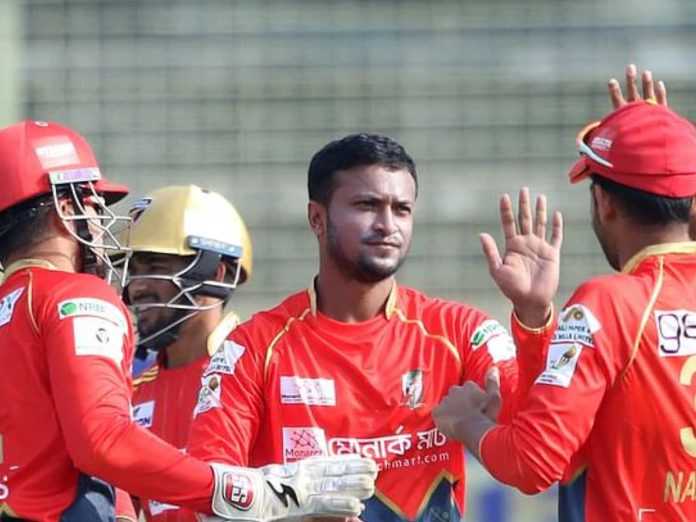 Fortune Barishal and Chattogram Challengers will meet for the first time this year. Both teams are having a similar tournament so far. They have one win and one loss from their two games respectively. However, Barishal is in third position because of its net run rate. A win here will take them to the second position in the points table.

The pitch usually assists the batters here and there will be something for the spinners in the latter half of the game. Both teams will prefer batting first at this venue. Everything comes down to the spinners and how they go here.

The climate will be sunny throughout the day. According to the forecast, the weather will be around 26 degrees Celsius. No rains are possible today.

Afif Hossain is in excellent form at the moment and is likely to provide a good knock today. He has scored 185 runs in his ten matches and is expected to play a major role here.

Shakib Al Hasan is an obvious choice for this game. The veteran all-rounder has notched up 314 runs from his last ten games at 39.25 while striking at 165.26.

Usman Khan has done well in his last two games in the tournament. The Challengers batsman has 105 runs from his two games with a strike rate close to 170.

Mrittunjoy Chowdhury is picking up wickets for fun. He has grabbed 16 wickets in his last ten matches and is likely to play a major role in this game.

Abu Jayed is likely to dominate here. He has picked up two wickets in the only match he has played here. Jayed could be the game-changer in this game.

Head To Head Team For CCH vs FBA

Who Will Win Today between CCH vs FBA Dream11 Prediction, Today’s Match?

According to Khel Talk’s prediction for CCH vs FBA Dream11 Match Prediction, Fortune Barishal will likely win this match. The team has an outstanding line-up with star players like Shakib Al Hasan among others. The last year’s finalists will look to move to the top two with this win here.

According to Kheltalk’s CCH vs FBA Dream11 Toss Prediction, Chattogram Challengers would win the toss and elect to bat first. The teams batting first have won more games at this venue.